Treatises on acting appeared on the Spanish scene in the late sixteenth and early seventeenth centuries, especially due to the development of the dramatic genre known as the nueva comedia—a new style of play where both tragedy and comedy coexisted. Spanish rhetoricians, such as Félix Lope de Vega and Alonso López Pinciano, believed the actor’s inner actions or state of mind easily influenced the outward form of the body, manifesting the same body-mind relation of Richard Shusterman’s somaesthetics. From a somaesthetics perspective, these early modern acting treatises provide an innovative performance method on the art of bodily care, synthesizing physical movements with those of experience as a means for dynamic action. 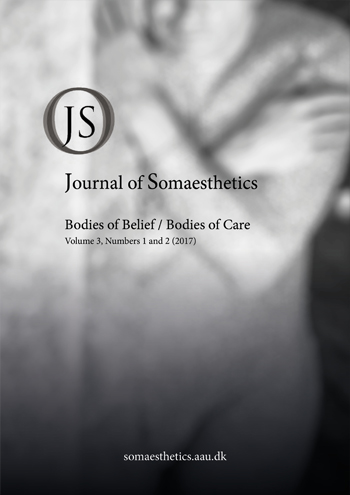