Temporary Suspension of the Journal

It is with great regret that due to the Corona virus and an unclear financial situation, the editorial management team of the Journal of China and International Relations hereby announces a temporary suspension of the journal until further notice.

Please note: JCIR is not accepting submissions at this time.

Read More Read more about Temporary Suspension of the Journal 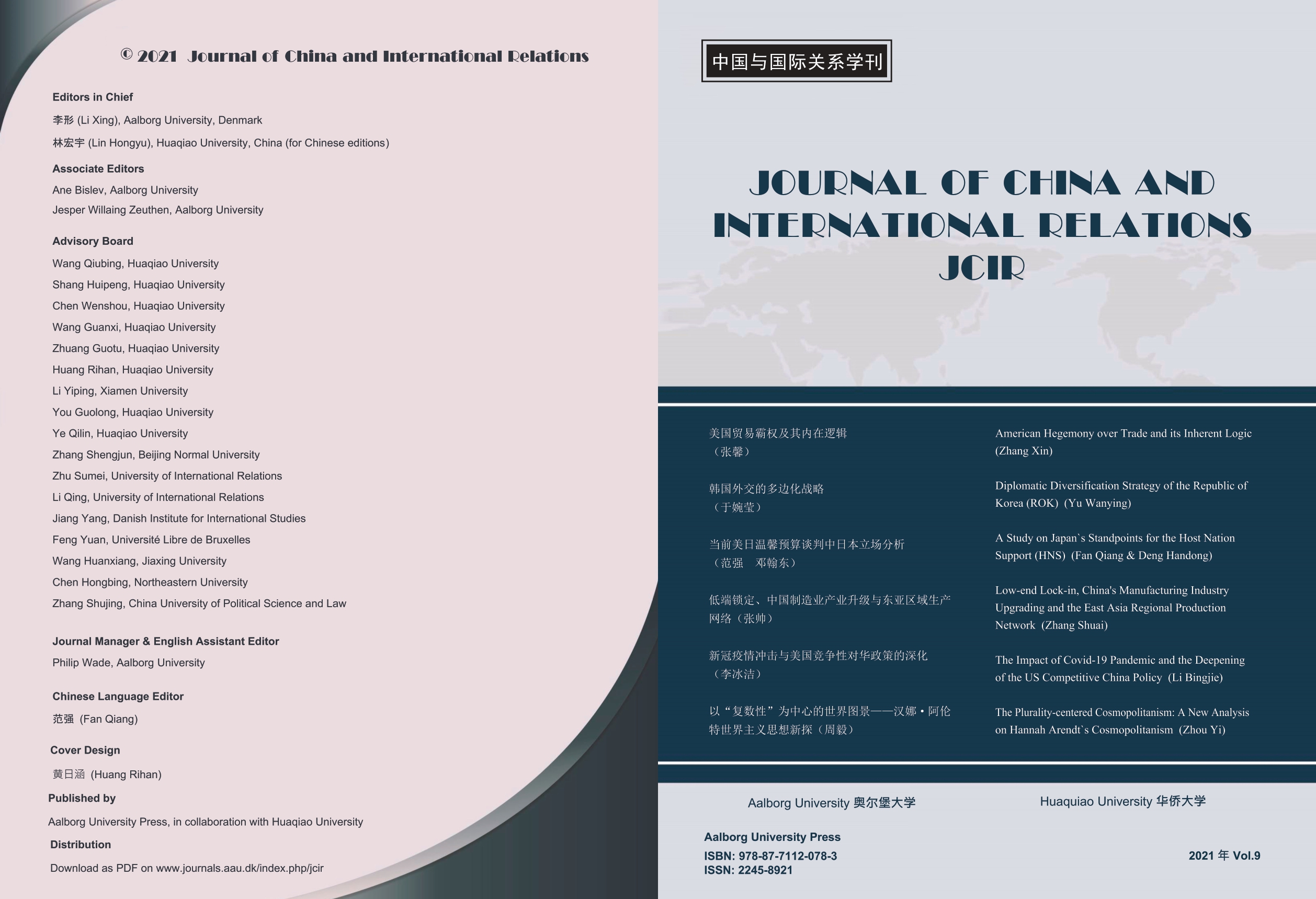 JCIR appears on the Danish Bibliometric Research Indicator (BFI) authority list for series (level 1). The list is issued by the Danish Ministry of Higher Education and Science.

Deadline for the next English language issue: The Journal is Temporarily Suspended.