The discursive positioning of the Falkland Islands (las Islas Malvinas): A corpus-based collocational analysis of British and Argentinian websites

Considering "discursive positioning" to be a form of "placement," this study examines how the Falkland Islands or las Islas Malvinas, a place which has long been politically controversial, are discursively positioned on British and Argentinian websites. The data came from two reference corpora: namely the Corpus of Global Web-Based English (GloWbE) and the Corpus del Español: Web/Dialects. The 388-million-word British section of the former and the 183-million-word Argentinian section of the latter were selected for analysis. Attention was paid to the 20 most frequent collocates of "Falkland Islands"/"Islas Malvinas." Semantic prosody, collocation networks and word clusters were also investigated. It was found that the Falkland Islands are positioned differently in the two corpora. While the collocates of "Falkland Islands" in the British corpus (e.g., "government" and "population") position the Islands as a territory with "self-determination," the collocates of "Islas Malvinas" in the Argentinian corpus (e.g., "nuestras" [our (feminine plural)], "territorio" [territory] and "recuperación" [recovery], together with the 5-gram "las Islas Malvinas son argentinas" [the Falkland Islands are Argentinian]) subsume the Islands under the ownership of Argentina. Not only are the Falkland Islands "discursively positioned," Britain and Argentina are also subject to positioning. For instance, in the British corpus, Argentina is construed as an invader (as suggested by the collocates "invasion" and "1982") whereas in the Argentinian corpus, Britain is given this demonized role (via the collocates "militar" [military] and "británica" [British (feminine singular)]). Such findings add strength to van Dijk's (2011) discussion of "positive self-presentation and negative other-presentation." As an example of corpus-assisted discourse studies (CADS), the current research also offers solid evidence on the social phenomenon of "classification" proposed by Bourdieu (1990)—i.e., "a vision of the world is a division of the world." 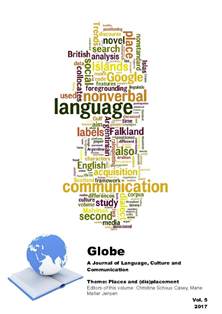