In this paper, the metaphoric conceptualization of the International Criminal Court (ICC) indictment discourse in Kenya is examined through a data-driven analysis. Much scholarly writing on the ICC intervention in Kenya has concentrated on the functionality of the Court as a transitional justice mechanism. Little has been said though about the role of language in the advancement the ICC objectives in the transitional justice debates in Kenya. This article adopts an approach that integrates linguistic analysis and social theory in understanding how the ICC is conceptualized metaphorically in the discourses of justice and reconciliation. The main aim is to provide a comprehensive analysis of how Kiswahili metaphors have been used in the general debates about the ICC in Kenya, and how issues of reconciliation and transitional justice have been addressed in such debates. Focus is put on the representation of the ICC indictment discourse in three genres of use: prayer meetings, victim narrations and campaign rallies sourced from media libraries in Kenya. Guided by the Conceptual Metaphor Theory and Critical Metaphor Theory, the major metaphoric themes discerned include the depiction of the ICC as RELIGIOUS WAR, as POLITICAL WAR, as JUSTICE, as A DEMON and as an ANIMATE BEING. By ascribing these conceptualisations to the ICC, such representations reinforce the dualism in the discourses towards justice and reconciliation. The article then examines implications of those metaphors inspired by Habermas’ Communicative Action Theory and, finally, considers the role of metaphor and language in the conception and construction of peace and reconciliation in Kenya. The salient social and cultural contexts of the discourse point to a need for exploring other forms of transitional justice in ensuring sustainable peace and stability in Kenya as inspired by the Habermasean approach to rationality. 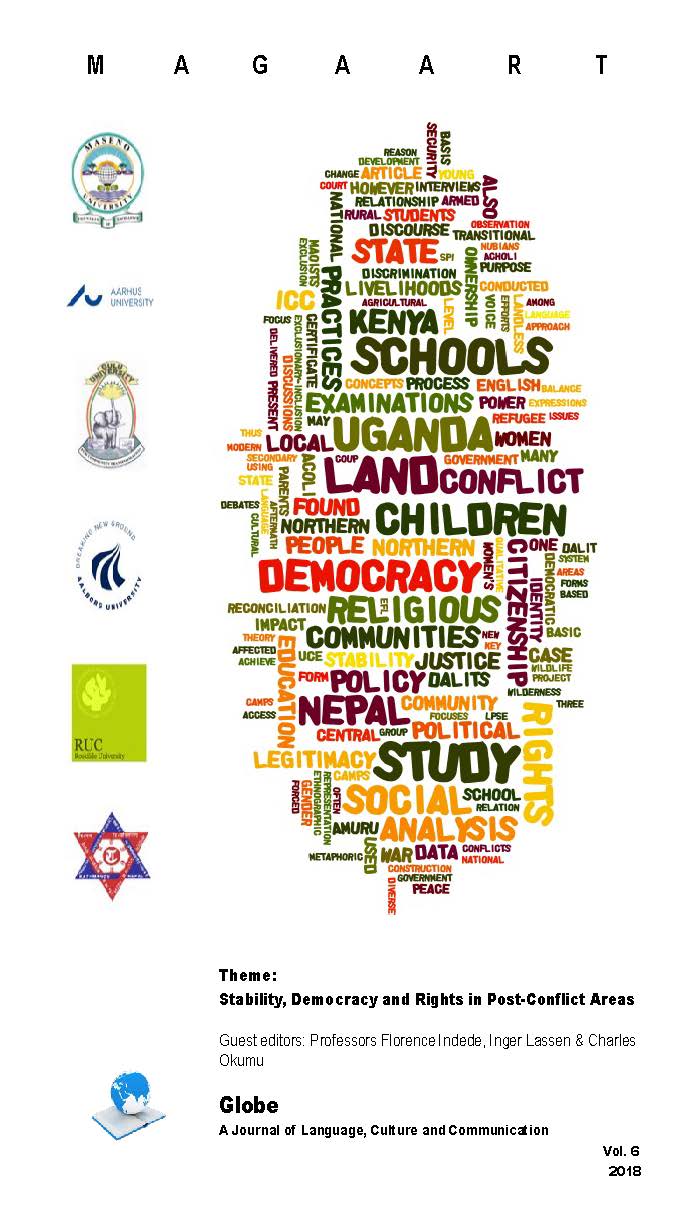