SFL and Descriptive Translation Studies: Systemic-functional grammar as a framework for the analysis of shifts in translation

This article is concerned with demonstrating the methodological relevance of Systemic-Functional Grammar (SFG) for Descriptive Translation Studies. More specifically, the article establishes a framework for the analysis of so-called shifts in translation, i.e. lexicogrammatical changes occurring between source and target texts. It is thus argued that SFG may serve to fill a methodological void within Translation Studies, since, while other typologies of microstrategies exist, these other taxonomies typically serve a pedagogic purpose, being aimed at alerting translator trainees to a relatively limited number of broad options available to them in the translation process. This means that, given the didactic nature of such frameworks, the level of granularity is typically too low to be suitable for the retrospective analysis of a translation product in comparison with its source. Hence it is argued that what is needed for retrospective research is a much more fine-grained framework with clearly defined categories derived from an elaborate grammatical theory such as SFG. Therefore, on the basis of key SFG concepts such as paradigmatic organization, metafunction, rank and cline of delicacy, the very nature of shifts in translation is theorized and an outline of a systems network is presented in the central sections of the article. The framework is exemplified first and foremost by means of English-into-Danish translations of LSP texts within the fields of medicine and business, but in order to illustrate the appliability of the framework to the retrospective analysis of any kind of derivational text generation, whether inter- or intralingual, the example material also includes the monolingual rewriting of a specialized source text into a lay-oriented version, and the registerial adaptation (also monolingual) of formal, standard documents from public-sector authorities into more accessible, modernized versions. 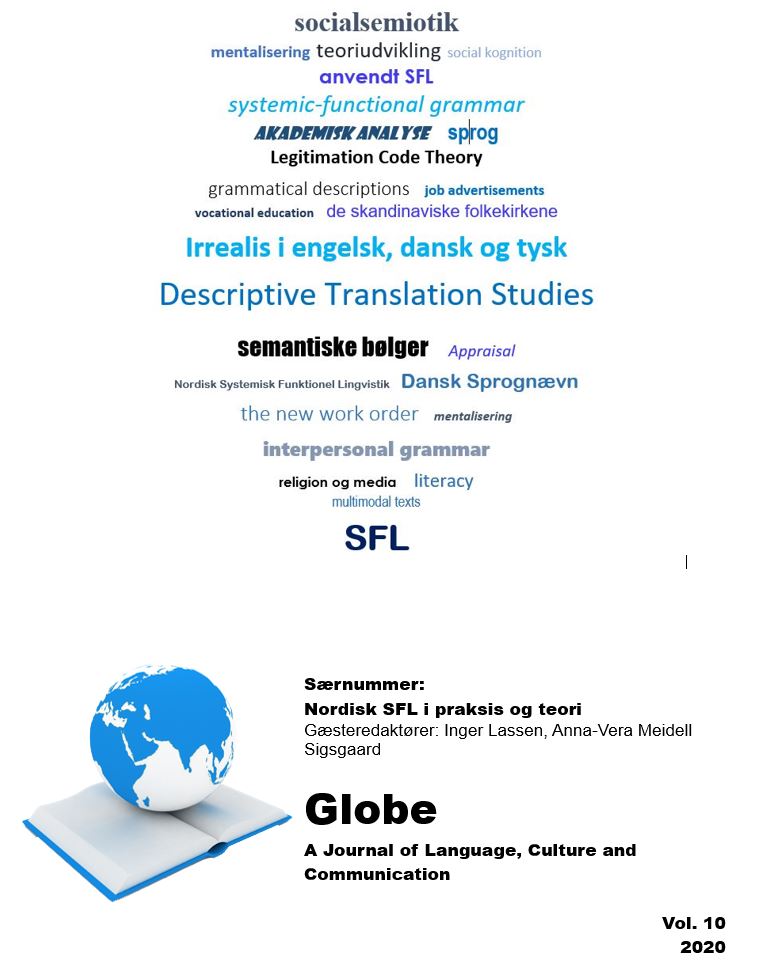