Functions of legal contracts. An analysis of macrostructure and speech acts in contracts represented by the example of German tenancy contracts

In this paper, the realization of fundamental functions of legal contracts is studied. To this purpose, the macrostructure of the contract (Gläser 1990) is analyzed, and the text part segments that occur in contracts are mapped and described, focusing on the speech acts that are being performed. The corpus of the survey consists of 23 German tenancy contracts, of which some form part of the mapping and some are selected for further exemplary analysis. Genre analysis is the point of departure of this study to look further into the functional element, using the notions of macrostructure and speech acts. A contract text fundamentally realizes two overall functions; firstly, it creates a legal relationship between the contract parties, and secondly, it establishes the rights and obligations of the two parties. Realizations of the latter function by far takes up the greatest part of the contract text, and the contract often provides answers to a lot of questions about what the parties can, must and must not do, as the norms of the contract process itself are established. The contract texts, used in practice, are usually very extensive when it comes to legal provisions, but in fact only very few text part segments are obligatory and genre constitutive, while most of the text part segments are optional. The investigation seeks to categorize the text part segments and show their individual contribution to the fulfillment of the overall functional complex of the contract. More precisely, the paper seeks to investigate which text part segments are obligatory and which are optional, which lexical features are characteristic in each of the text part segments as well as to what extent variations occur. 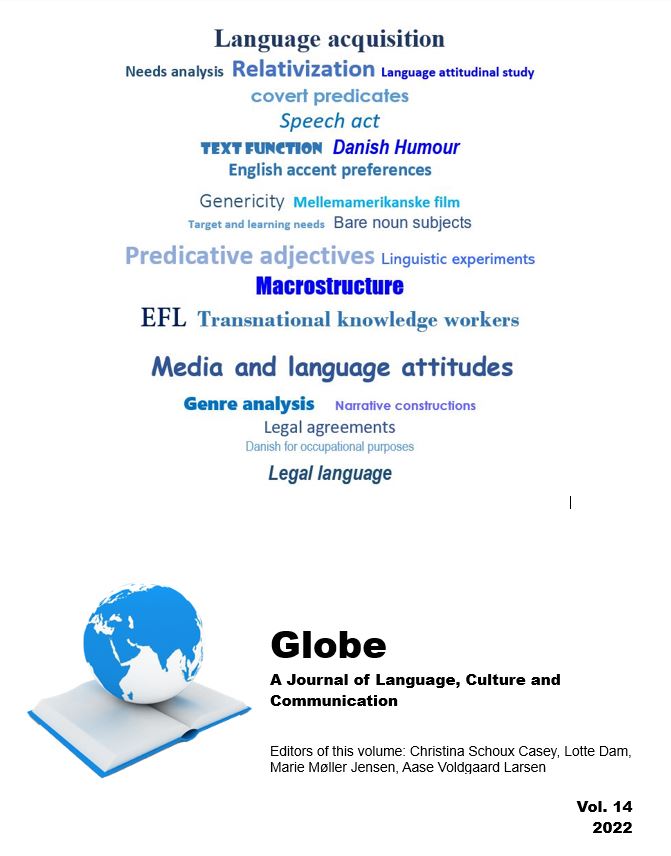