This article focuses on the Indus Water Treaty, that was agreed on in 1960, in order to resolve water disputes between the state Pakistan and India. Exploring and analysing the Indus water Treaty 1960 (IWF) helps understanding the significancy of the treaty from a Malthusian point of view. Due to both countries growing number of populations, there is the need of sustainable energy sources. The paper further addresses several important historical milestones by diving into the water conflict between Pakistan and India. It presents an insight of the treaty by analysing the treaty through the eclectic method, giving a nuanced view on the conflict resolution, as it allows a more comprehensive understanding of the water sharing in the Indus basin. In order to understand certain elements within the treaty, the paper explores the historical context by elaborating the Pakistani and Indian geopolitics trough historical lenses on the Jammu & Kashmir conflict. In order to understand the necessity and the agreement of the treaty, it is also important to look at biliteral agreements between the Pakistani and Indian governments. The World Banks interfered in the negotiations on the technical and economic distributions between the two states, in order to maintain the Indus Waters, which is why a case study of the 1999 Baglihar Hydroelectric Power Projects and 2007 Kishenganga Hydroelectric Plant is relevant. The Indus water treaty is said to be one of the world’s most powerful agreements, which is why it opens up for a lot of questions that allows us to understand its effectivity and reasons for improvements. 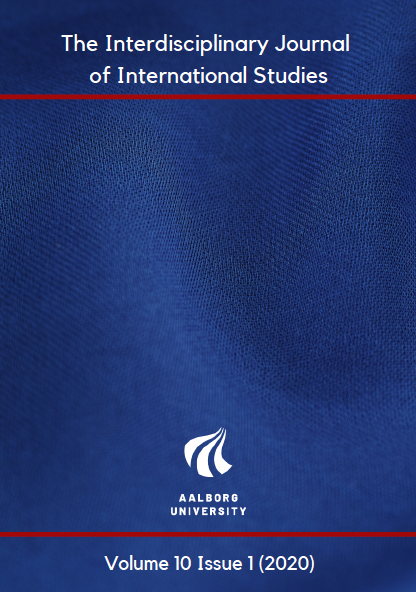 Vol. 10 No. 1 (2020): The Interdisciplinary Journal of International Studies: Global Perspectives

Authors who provide articles, essays or book reviews to the Interdisciplinary Journal of International Studies agree to release their publications under the Creative Commons Attribution-Noncommercial 3.0 Unported license, which allows anyone to share their work (copy, distribute, transmit) and to adapt it for non-commercial purposes, provided that appropriate attribution is made and that, in the event of reuse or distribution, the terms of this license are made clear.

Authors retain copyright of their work and grant the journal right of first publication.

Authors are able to enter into separate, additional contractual arrangements for the non-exclusive distribution of the journal's published version of the work (e.g., post it to an institutional repository or publish it in a book), with an acknowledgement of its initial publication in this journal.