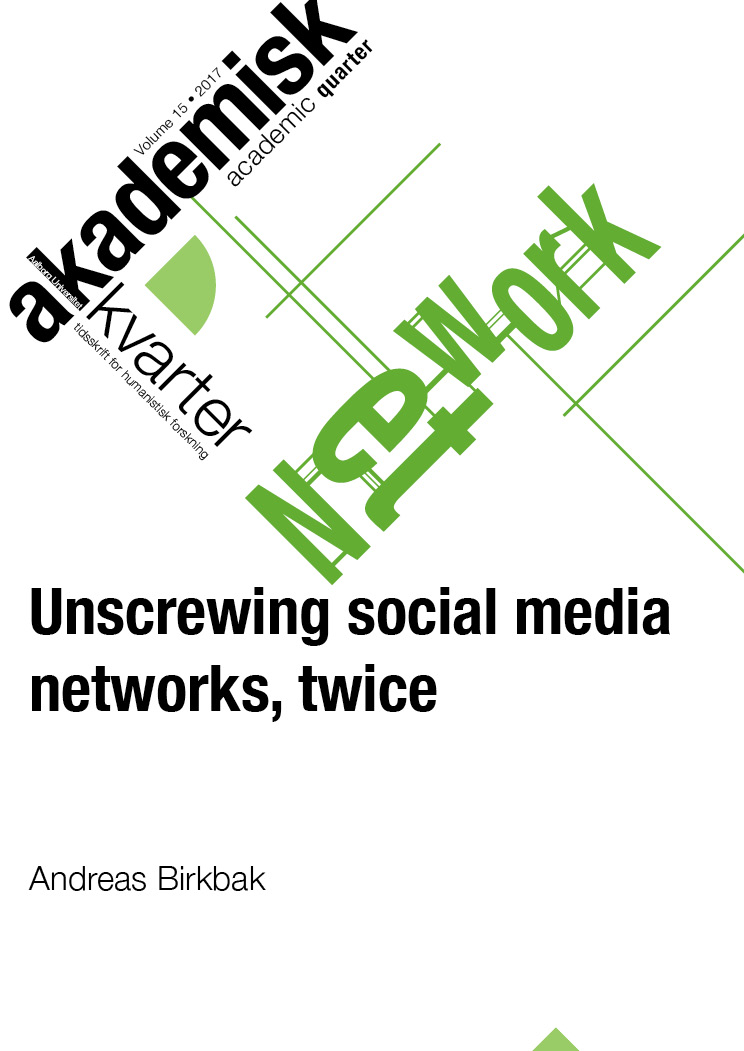 Social media are often claimed to be an important new force in pol- itics. One way to investigate such a claim is to follow an early call made in actor-network theory (ANT) to “unscrew” those entities that are assumed to be important and show how they are made up of heterogeneous networks of many different actors (Callon and Latour 1981). In this article I take steps towards unscrewing seven Facebook pages that were used to mobilize citizens for and against road pricing in Copenhagen in 2011-2012. But I encounter the diffi- culty that social media are already explicitly understood in Internet Studies and beyond as facilitating processes where many actors are united despite their differences into some kind of larger force, as expressed in concepts such as the “networked public sphere” (boyd 2010; Ito 2008). This challenges the usefulness of ANT, I argue, because the notion of network is so vague that it can be combined with liberal notions of a singular public sphere (Somers 1995b; 1995a). In order to unscrew social media as a political force, I sug- gest that we need to work through both the assembling of social media networks and attend to corresponding reconstructions of liberal political narratives. As such, I argue for the need to unscrew social media twice, and I take this as an occasion to deal with some of the limitations of ANT when it comes to digital media.

Andreas Birkbak is an Assistant Professor at Aalborg University, Copenhagen. He is member of the Techno-Anthropology Research Group, where he also finished his PhD in 2016. His research is on digital media, digital methods, and the role of public issues in democracy.