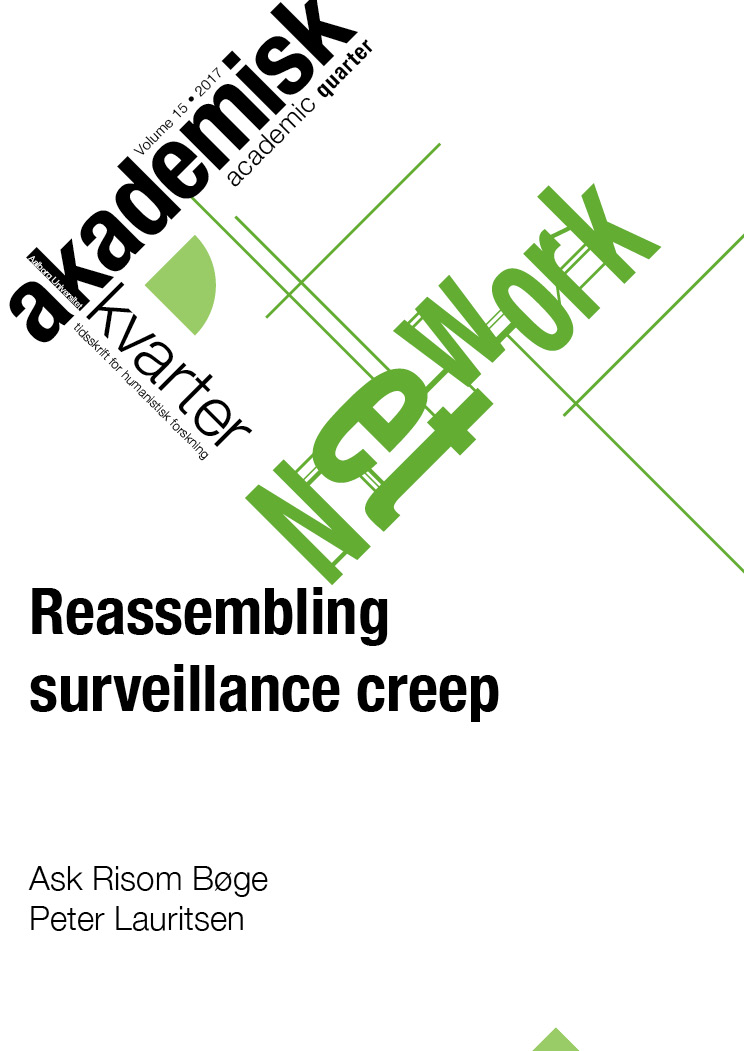 We live in societies in which surveillance technologies are constantly introduced, are transformed, and spread to new practices for new purposes. How and why does this happen? In other words, why does surveillance “creep”? This question has received little attention either in theoretical development or in empirical analyses. Accordingly, this article contributes by demonstrating how Actor-Network Theory (ANT) can advance our understanding of ‘surveillance creep’. Based on ANT’s model of translation and a historical study of the Danish DNA database, we argue that surveillance creep involves reassembling the relations in surveillance networks between heterogeneous actors such as the watchers, the watched, laws, and technologies. Second, surveillance creeps only when these heterogeneous actors are adequately interested and aligned. However, obtaining and maintaining such alignment may be difficult.

Ask Risom Bøge Postdoc at the School of Communication and Culture, Aarhus University. He wrote his dissertation on the Danish DNA database, and is currently participating in the research project “Childhood, Intimacy, and Surveillance Practices”.

Peter Lauritsen Professor at the School of Communication and Culture, Aarhus University. He is co-founder of the Center for Surveillance Studies and of the Danish Association for Science and Technology Studies.