“Here comes my son!”: On the underlying invisible work and infrastructure of a telepresence robot in a Danish nursing home 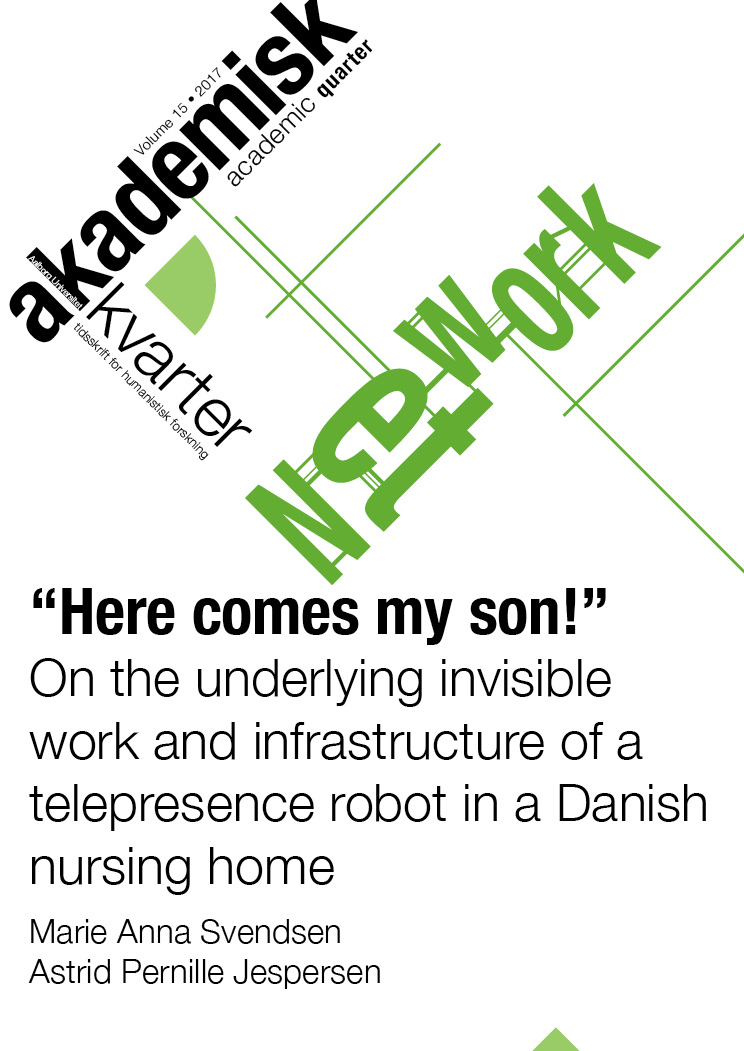 The article uncovers the formation of an infrastructure made to facilitate the implementation of a telepresence robot in a Danish nursing home. Ethnographic fieldwork data illuminates how myriad of human and non-human actors, such as supporters, Wi-Fi networks, care workers and cameras, work together as a hybrid, socio-technical collective. This collective constantly coordinates and improvises in a joint effort to construct, maintain and stabilise the flexible infrastructure, which facilitates the implementation of the new communication technology in the daily routines of staff and residents at the nursing home. The main argument of the article is that implementation of new technology is dependent on large amounts of work on the part of both of human and technical actors. Much of this work is normally invisible to and lack acknowledgment by decision makers. Thus, the article argues that a focus on infrastructure proves crucial in the uncovering of otherwise invisible work processes.

Marie Anna Svendsen MA in European Ethnology from the SAXO institute of Copenhagen University. Her master’s thesis uncovered infrastructures and socio-technical networks in the implementation of welfare technologies. Her main professional interests revolve around the interplay between people and technology, network studies, and invisible work.

Astrid Pernille Jespersen Associate professor in European Ethnology at the SAXO institute at Copenhagen University and head of Copenhagen Centre for Health Research in Humanities. Her primary research area is health in everyday life with special focus on aging, obesity and lifestyle changes. Her research is often conducted in collaborative and interdisciplinary projects.