Social Reproduction and Political Change in The Wire 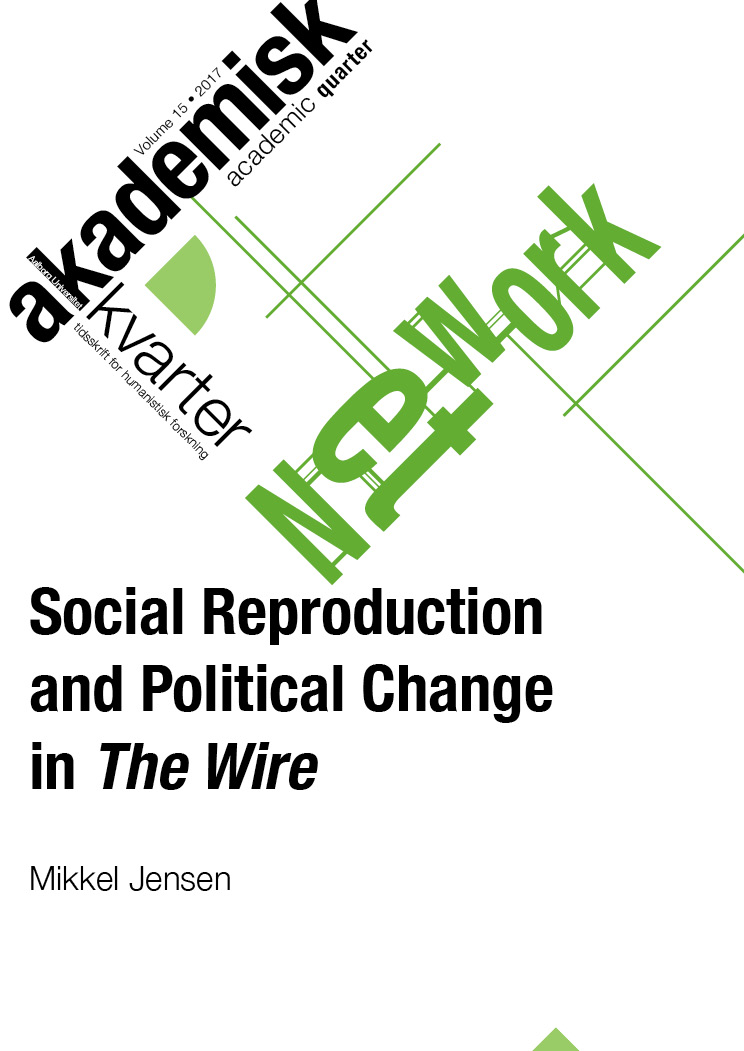 This paper examines a core tension in the political television serial The Wire (2002-2008). While several critics have argued that this show is both “bleak” and “systemic” in its portrayal of contemporary society, this paper argues that it is useful to understand these textual elements as building blocks in The Wire’s attempt to create a coherent and consistent political argument. The paper argues that had The Wire been structured as a more uplifting and redeeming story, the systemic nature of its societal criticism would be undercut and the show would not embrace the logical consequence of the politics it espouses.

Mikkel Jensen holds an MA in English and History and is a PhD Fellow at Aalborg University. Having formerly worked as an upper-secondary school teacher, he is now working on a dissertation on the collected works of David Simon. He has published a few articles on North American authors such as Douglas Coupland and Dave Eggers in The Explicator and Culture Unbound.