From Wander to Wonder: Walking – and “Walking-With” – in Terrence Malick’s Contemplative Cinema 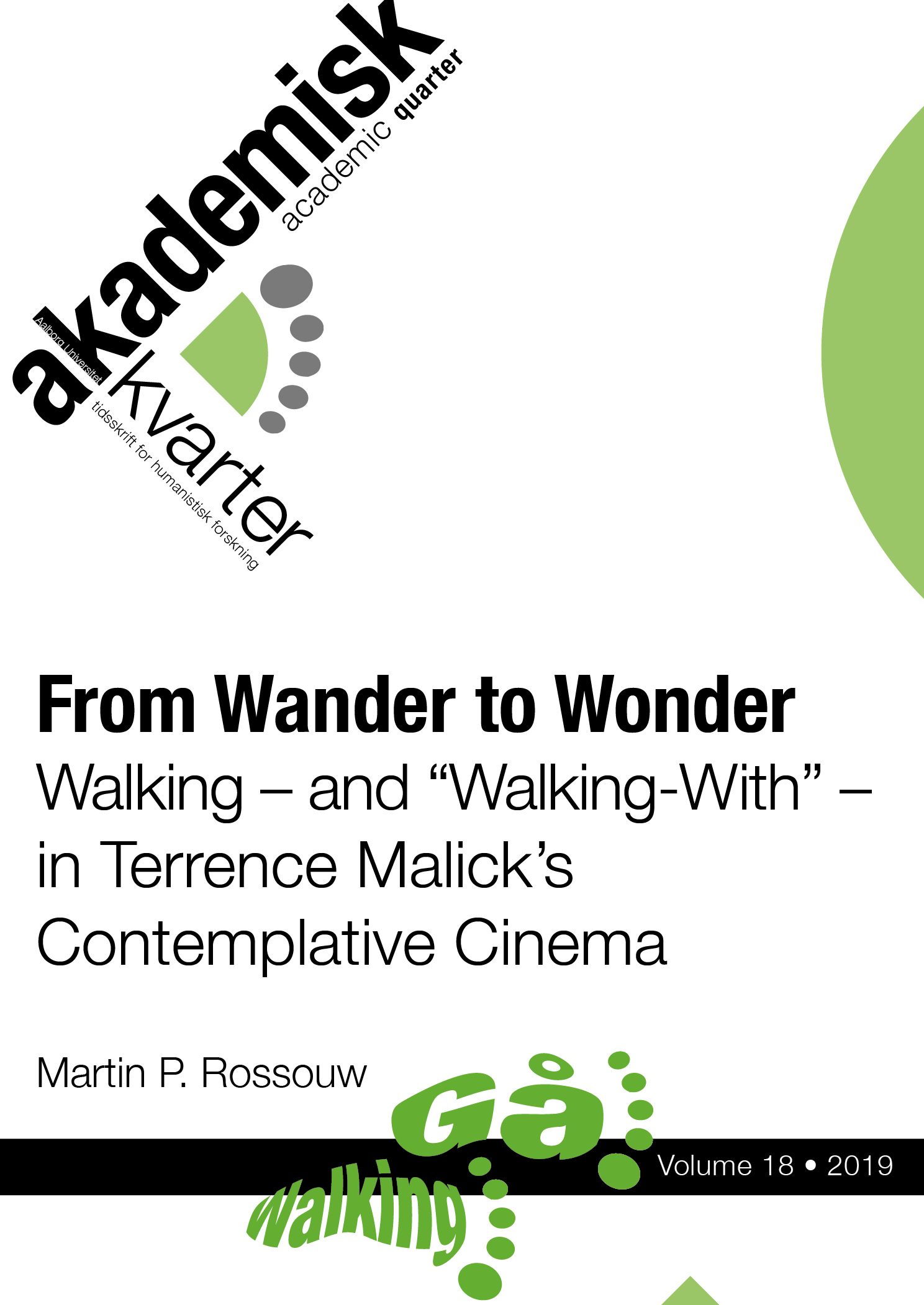 This essay considers the prominent role of acts and gestures of walking – a persistent, though critically neglected motif – in Terrence Malick’s cinema. In recognition of many intimate connections between walking and contemplation, I argue that Malick’s particular staging of walking characters, always in harmony with the camera’s own “walks”, comprises a key source for the “contemplative” effects that especially philosophical commentators like to attribute to his style. Achieving such effects, however, requires that viewers be sufficiently engaged by the walking presented on-screen. Accordingly, Malick’s films do not fixate on single, extended episodes of walking, as one would find in Slow Cinema. They instead strive to enact an experience of walking that induces in viewers a particular sense of “walking-with”. In this regard, I examine Malick’s continual reliance on two strategies: (a) Steadicam following-shots of wandering figures, which involve viewers in their motion of walking; and (b) a strict avoidance of long takes in favor of cadenced montage, which invites viewers into a reflective rhythm of walking.

Martin P. Rossouw has recently been appointed as Head of the Department Art History and Image Studies – University of the Free State, South Africa – where he lectures in the Programme in Film and Visual Media. His latest publications appear in Short Film Studies, Image & Text, and New Review of Film and Television Studies.