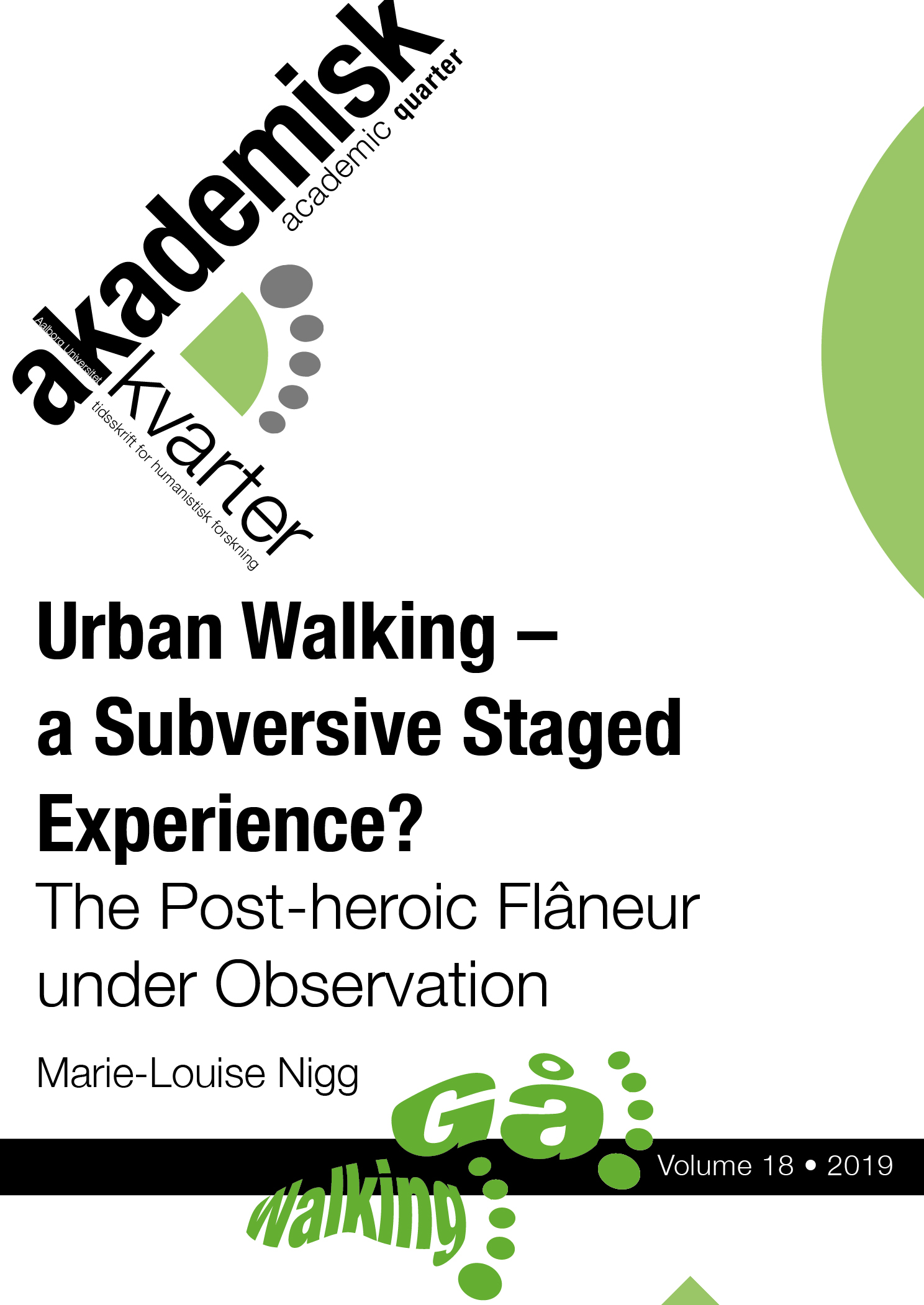 On the one hand, for decades there has been a growing interest in urban walking as an authentic physical, creative or subversive spatial experience. On the other hand, cities as well as different walking practices are more and more staged, are part of mediatized, as well as market-oriented city scenarios or artistic image productions. Thus urban strolling appears increasingly to be a theatre- or film-like experience. The text discusses the ambivalence and complexity of today’s walking practices and re-evaluates their meaning ranging from resistance to consumerism, referring to the historical concept of the flâneur as well as to the current phenomenon of a post-heroic urban stroller. Examples from film, fine arts and literature from recent decades, illustrating paradoxical walking concepts, are used for analysis; a special focus is placed on Bertrand Bonello’s film Nocturama, Albrecht Selge’s novel Wach and Valérie Jouve’s photo series Les Passants and Les Personnages.