Mirrored journeys: Central American and African migrants walking in search of another life 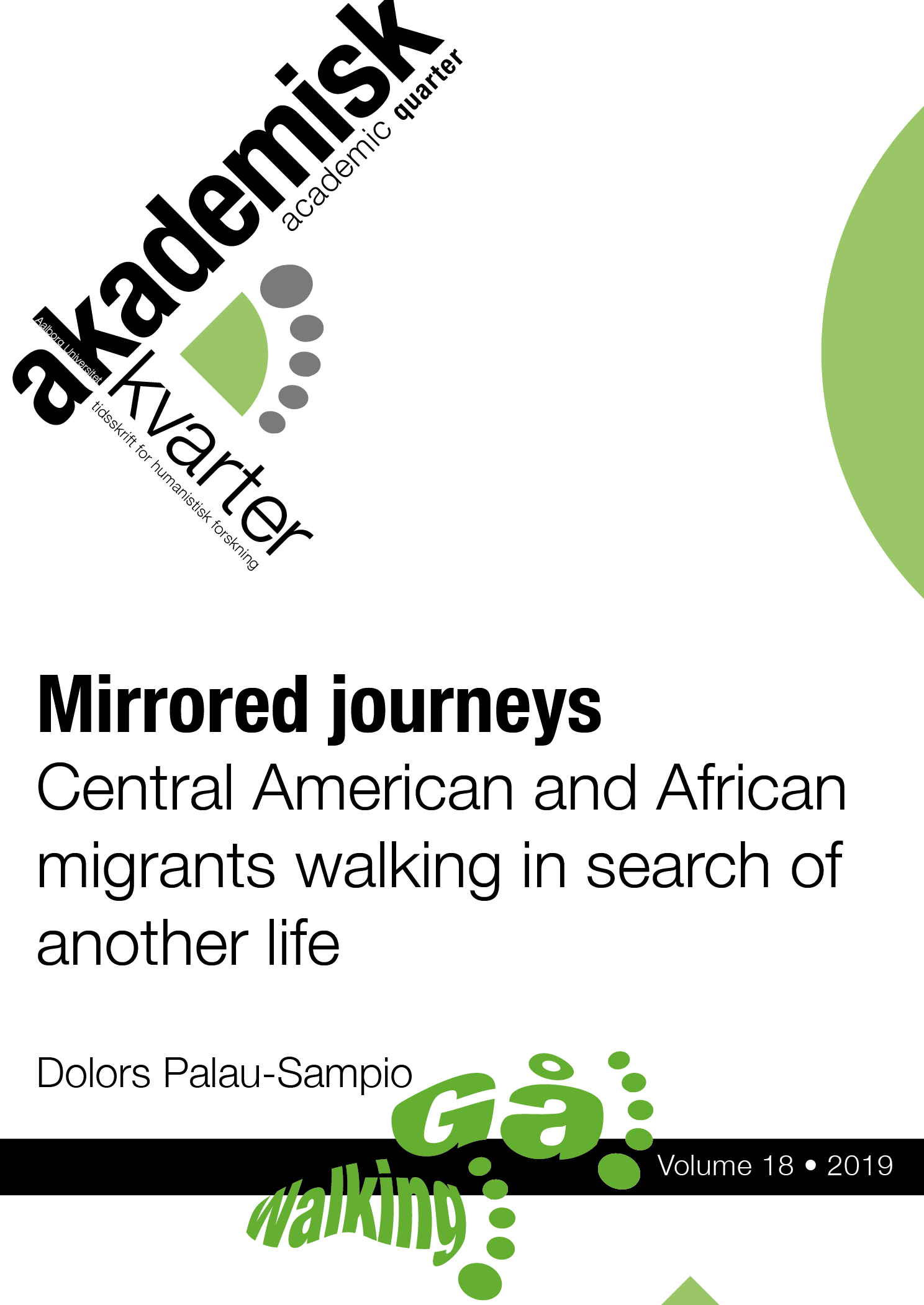 Travelling on foot still constitutes, in the midst of the twenty-first century, a fundamental moment in a great number of current migrants’ journeys, both across Africa and Central America, fleeing from miserable living conditions and violence. This article compares an in-depth narrative approach to the issue with the mainstream coverage of the Central American caravan by the end of 2018, in order to reflect on the invisibility and vulnerability of walking migrants. While the caravan empowered and brought migrants the opportunity to struggle for a safe journey, this hypervisibility has not been translated into a better-contextualised account in mainstream media. In contrast, the non-fiction books and series of reportages published by Óscar Martínez, and by Xavier Aldekoa with co-author Ruido Photo, focus on the effects of the European Union’s and the United States’ externalisation of borders and securitisation policies, which force migrants to walk in order to avoid border surveillance and criminal organizations’ attacks, and, in the open desert, to face deportation.

Dolors Palau-Sampio Associate Professor of Journalism at the University of Valencia (Spain) and PhD Autonomous University of Barcelona. Her research interests are in quality and narrative journalism and digital media.