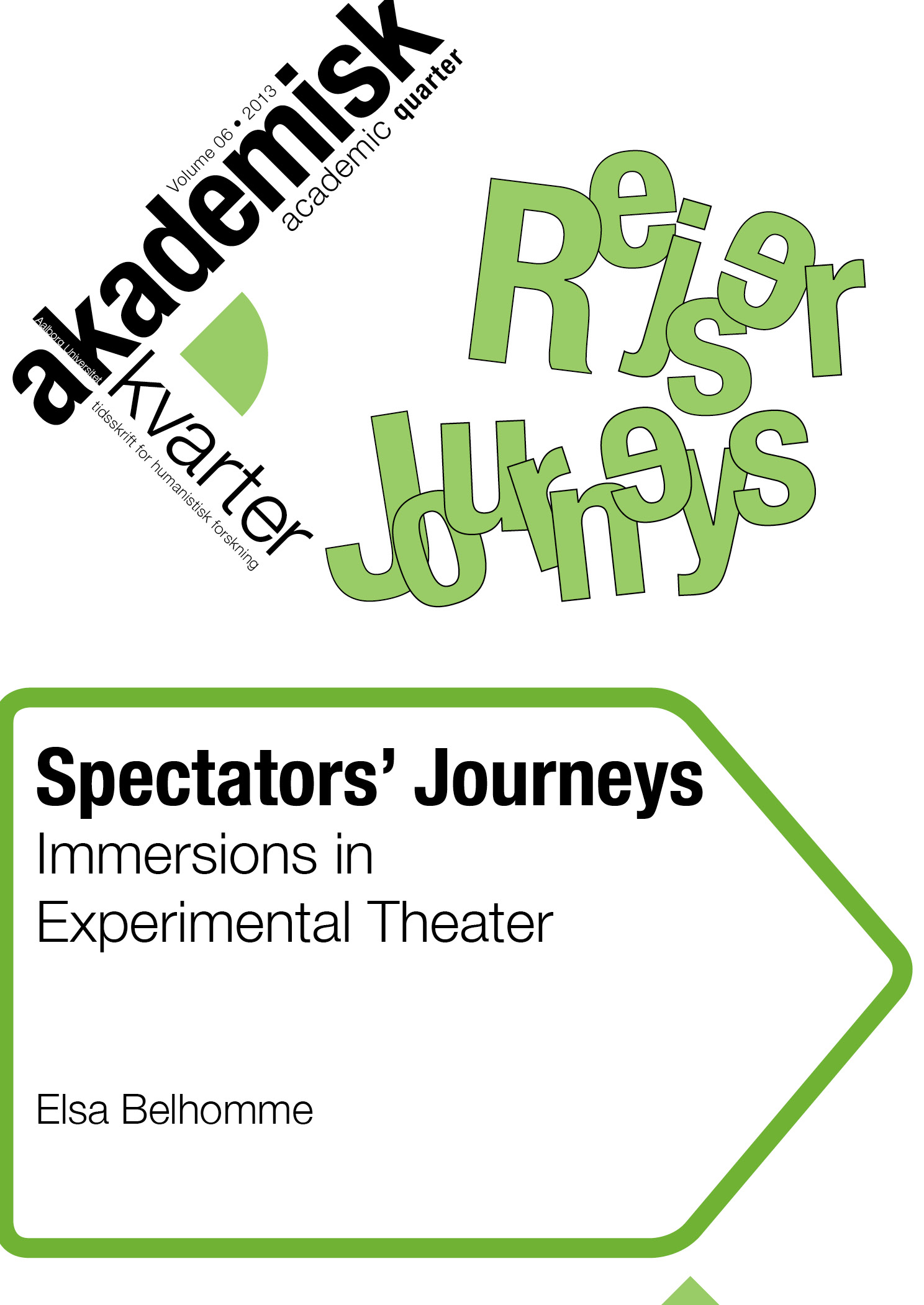 This articles looks at two theatrical performances from the point of view of their spectators. The act of going to the theatre is in itself a journey immediately followed by the confrontation of an unknown world during the performance. This article questions the position and roles of the spectators in contemporary, interactive performances, where spectators become central within the theatrical set-up. It analyzes two plays, Le Bardo and EUX, both presented at La Chartreuse in Villeneuve-lès-Avignon. The two plays present spectators with mixed territories of actual, fictional and virtual, and accentuate immersive processes by using virtual or augmented realities. The article argues that in those apparatus, spectators must undertake an intro-directed journey and renegotiate their own sense of being there, while remaining at the center of attention. This allows them to appropriate the territories with which they are confronted and eventually participate in the plays, in a process similar to that of the traveler.

Elsa Belhomme is currently writing her doctoral thesis on the “Cartographies of Spectatorial Experiences at the Avignon Festival: Transmission, Ruptures, Creations and Becomings“, as part of the Erasmus Mundus Joint Doctorate in Literary Interzones. Her research interests include contemporary theater and new media, intercultural productions and the dynamics of international living arts festivals.