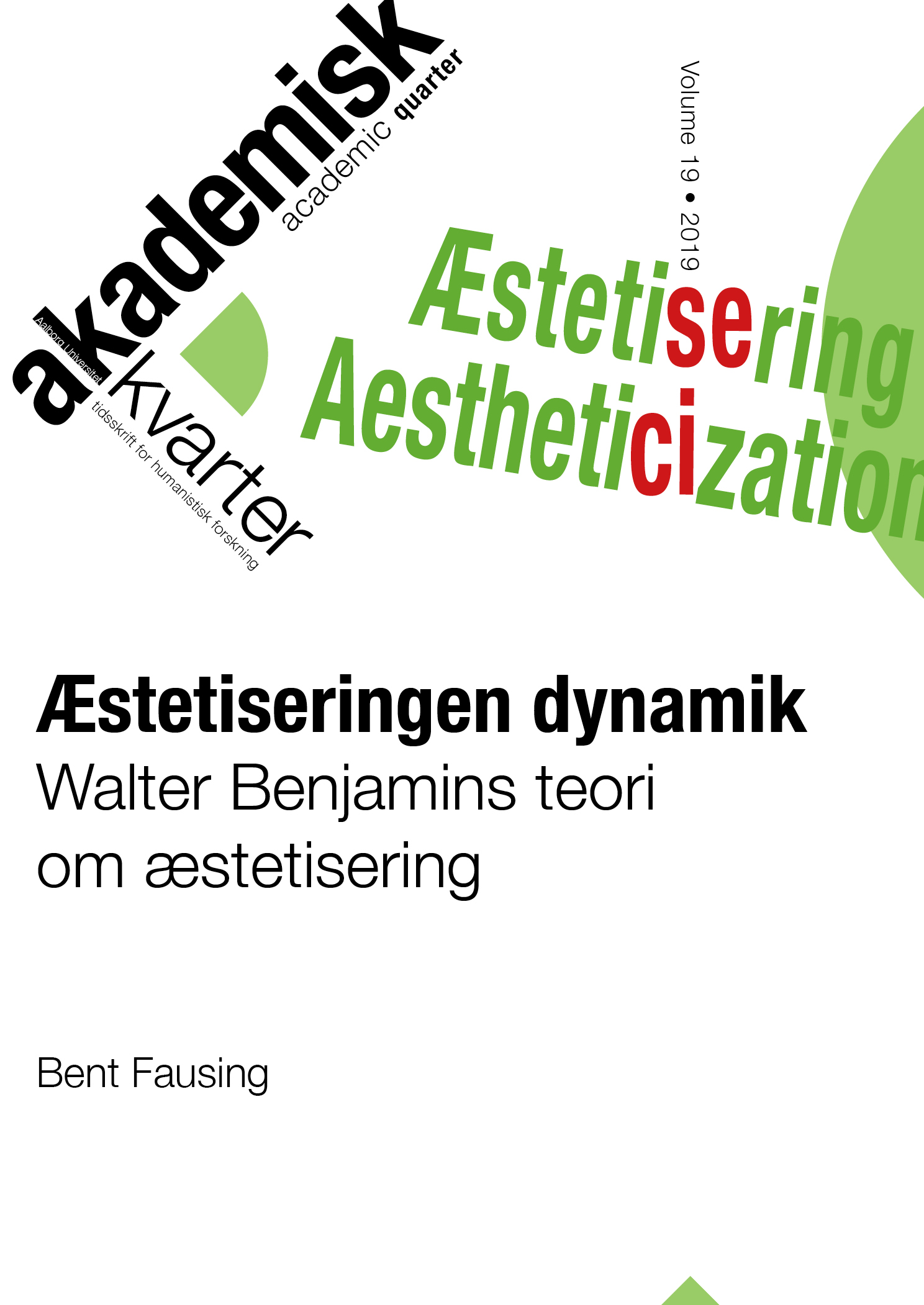 The industrialization produces a veil in its aestheticization, and in this veil lies a criticism and heterotopia in its images of dreams. This is the dynamic duality in Walter Benjamin’s incomplete project, ‘Paris, Capital of the Ninetieth Century’. Benjamin deals especially with the passages. They are new architectural phenomena that connect streets through alleyways with shops. Passage has a more spacious meaning, pointing to the way Benjamin reads the metropolis. Passage means in Benjamin’s optics threshold or transition, namely between I and things, awakening and dream, potential and realization. ‘I and things’ are essential, when it comes to exhibitions of commodity, where things are made personal and particular. This personification or anthropomorphization plays a crucial role in Benjamin’s analysis of the metropolitan aesthetics. The article seeks to answer why and how Benjamin sought this path in his mapping of modernity’s aestheticization and finally how it manifests itself in relation to Benjamin’s theory during the National Socialism’s aesthetics of politics and later in the digital passages of late modernity as commodity aesthetics driven by algorithms.