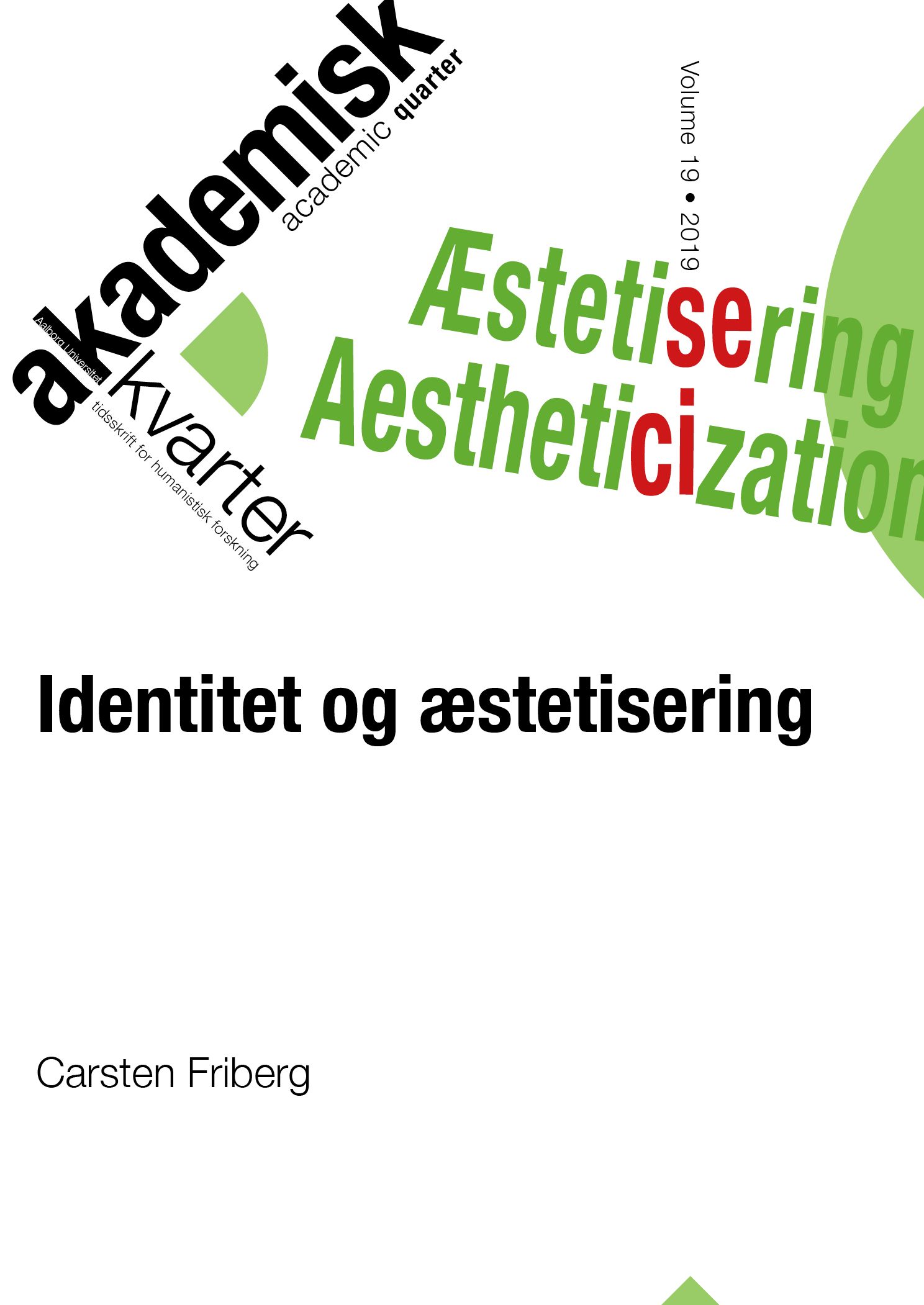 Identity is related to aesthetics as a discipline for forming individuals. However, difficulties arise as to whether identity concerns the person present or a true and authentic person behind the appearance; whether it is the spiritual or the bodily presence. Aesthetics related to the sensorial and bodily faculties is about how cultural formations exercise an influence on us. Aesthetics applied to cultural formation is discussed as aestheticization. Gernot Böhme suggests with his critique of aesthetic economy that today aestheticization should not be seen as a superficial beautification of the environment, but rather as a reality for individualsused to form and present one’s identity. What could appear as an acceptance of the spurious surface should rather, with inclusion of Mario Perniola, be considered a different approach enabling a sensitive critique rather than a dogmatic rejection.