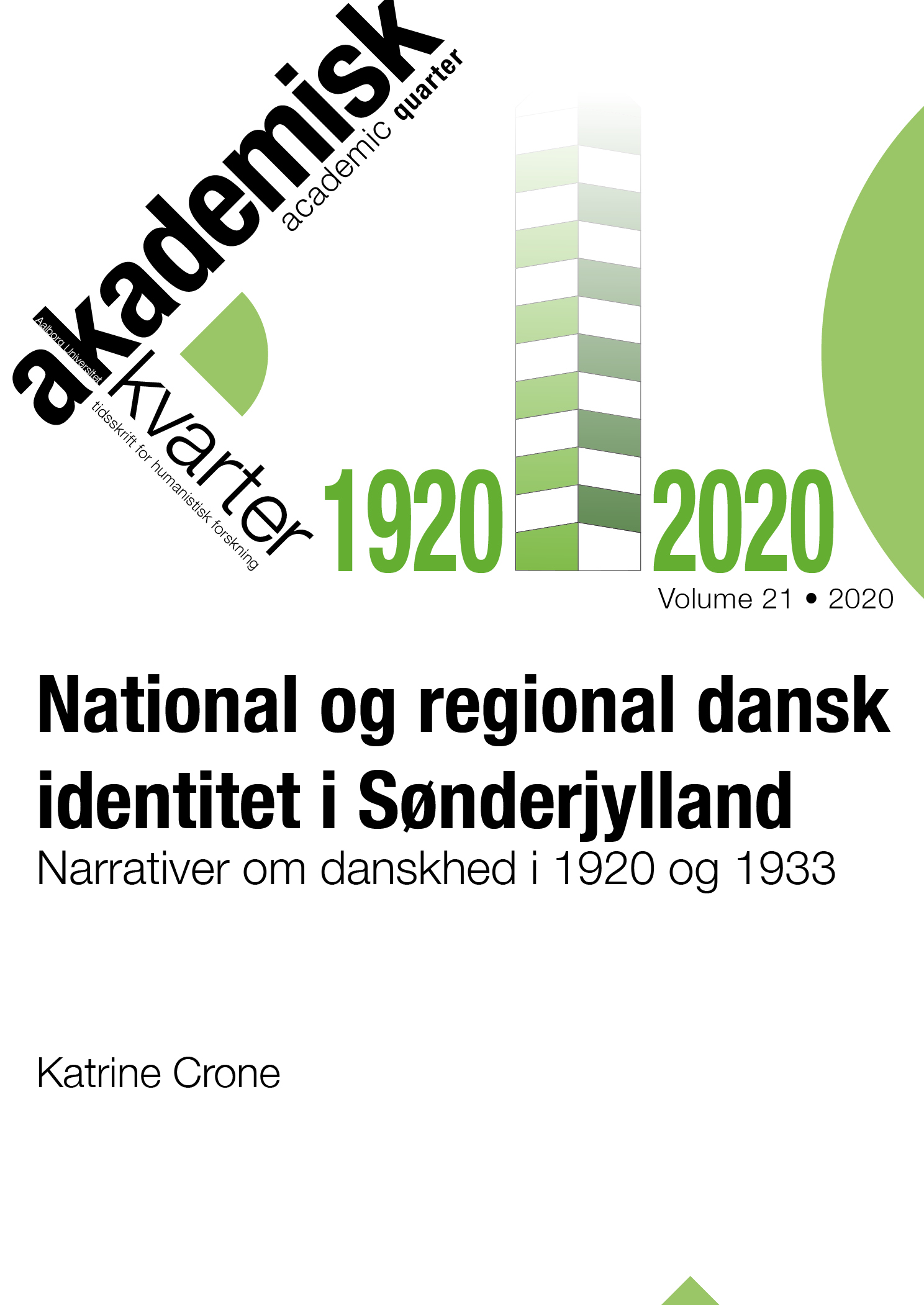 The demarcation between Denmark and Germany in 1920 stands as one of the greatest historical events in Denmark. This was evident in the Danish newspapers from Southern Jutland, Hejmdal, and Flensborg Avis, in which different narratives concerning Danish national identity were constructed in 1920. This article focuses on the main features of these narratives and examines how they seemed significant and identity-making for the Danish people of Southern Jutland. Furthermore, this article aims to clarify how and why these narratives played an important role in 1933 when the border from 1920 came under pressure by the German minority. With the new demarcation in 1920, one might presume that this would foster a more standardised national narrative in the Danish newspapers. However, a significant regional narrative rooted in a regional identity was constructed as well. In 1933 this regional identity remained important when the border was threatened by the German minority’s revision claim.