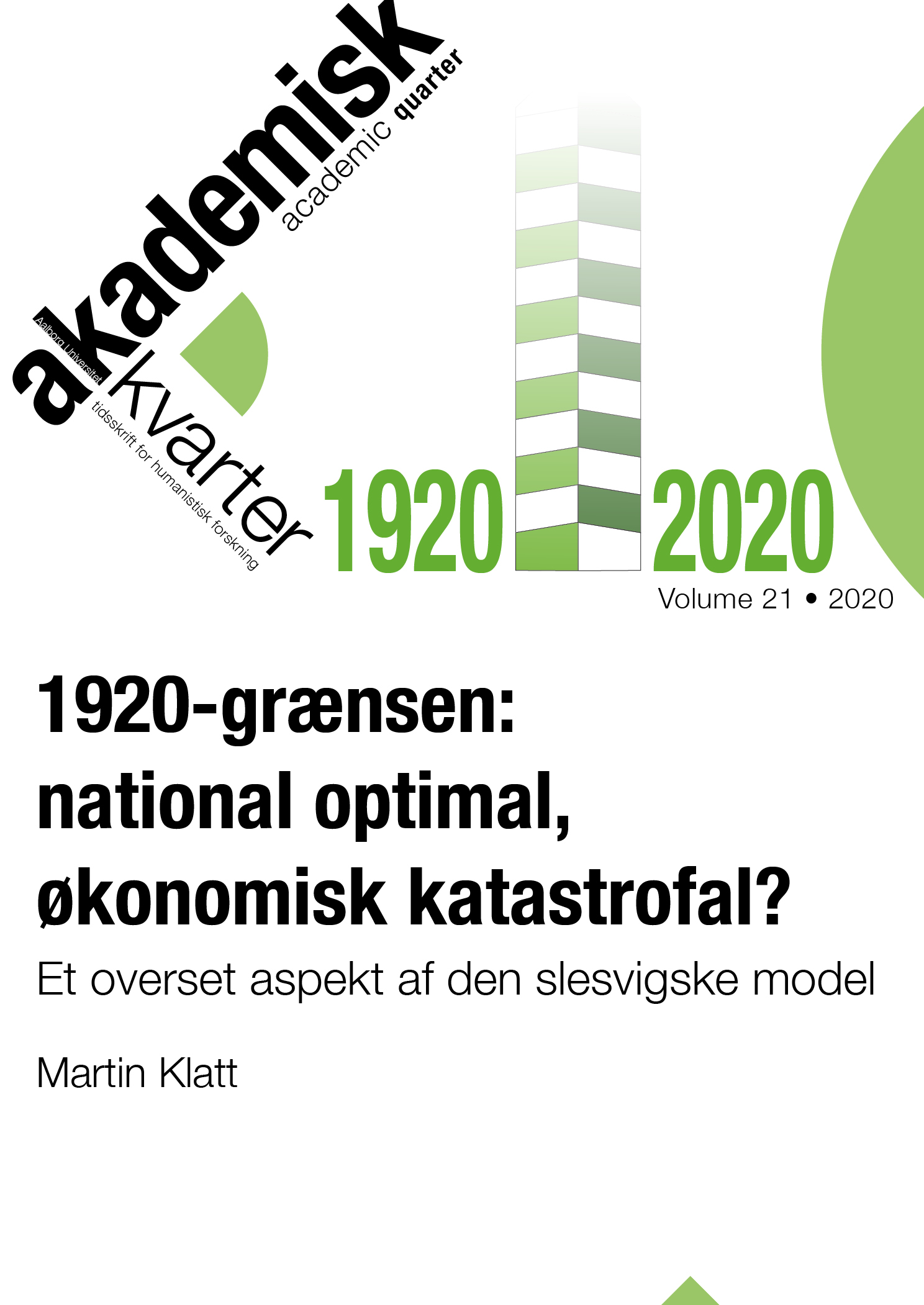 Usually, the drawing of the Danish-German border in 1920 is perceived as the best possible solution to a national conflict turned violent, with annexations and consequent border changes. It was part of the First World War settlement, it involved the people in a plebiscite, both national governments agreed in principle that the border should be drawn in accordance with the right of national self-determination. Dissenters were provided a framework of cultural autonomy within a recognized national minority. While perhaps the national and political optimal border, though, economic consequences of the border drawing have been overlooked in the numerous handbooks and other publications on the region’s history. This paper asks the question whether the border drawn was in fact an economic catastrophe, transforming a wealthy, well connected region into two peripheral fringes, economically marginalized and locked in national conflict.