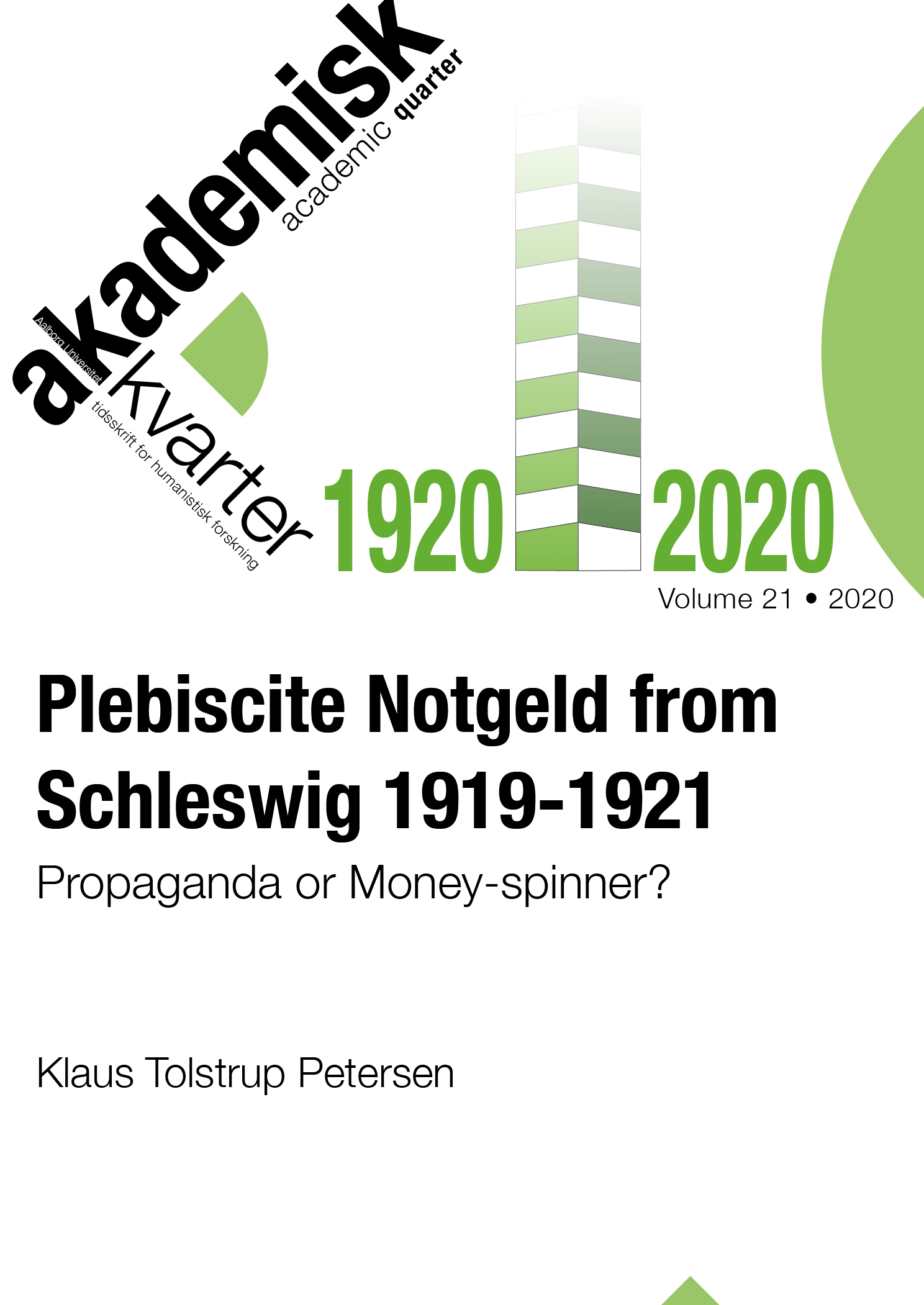 During World War One, local authorities began printing “notgeld” (emergency money) in Germany because of an immediate shortage of coins. Over time, emergency money evolved from being an emergency measure into a collectors item with colourful illustrations often drawn by artists. After World War One, at the peace conference in Versailles, it was decided, that a new Danish-German border should be defined on the basis of plebiscites in Northern and Middle Schleswig. Before and after the plebiscites, emergency money were used to advocate national agendas and is a testimony to the state of mind in Schleswig at a time when much was at stake. In this article, the development of this particular kind of money will be examined, and a closer look will be taken upon the significance they had as a means of propaganda as well as a profitable commodity.

Klaus Tolstrup Petersen is historian and head of The Schleswig Collection at The Danish Library in Flensburg. His research has mainly focused on the history of the Danish minority in Germany in the period 1864 to 1920. Recent publications include the book Gustav Johannsen og moderniseringen af danskheden i Sønderjylland (2017).