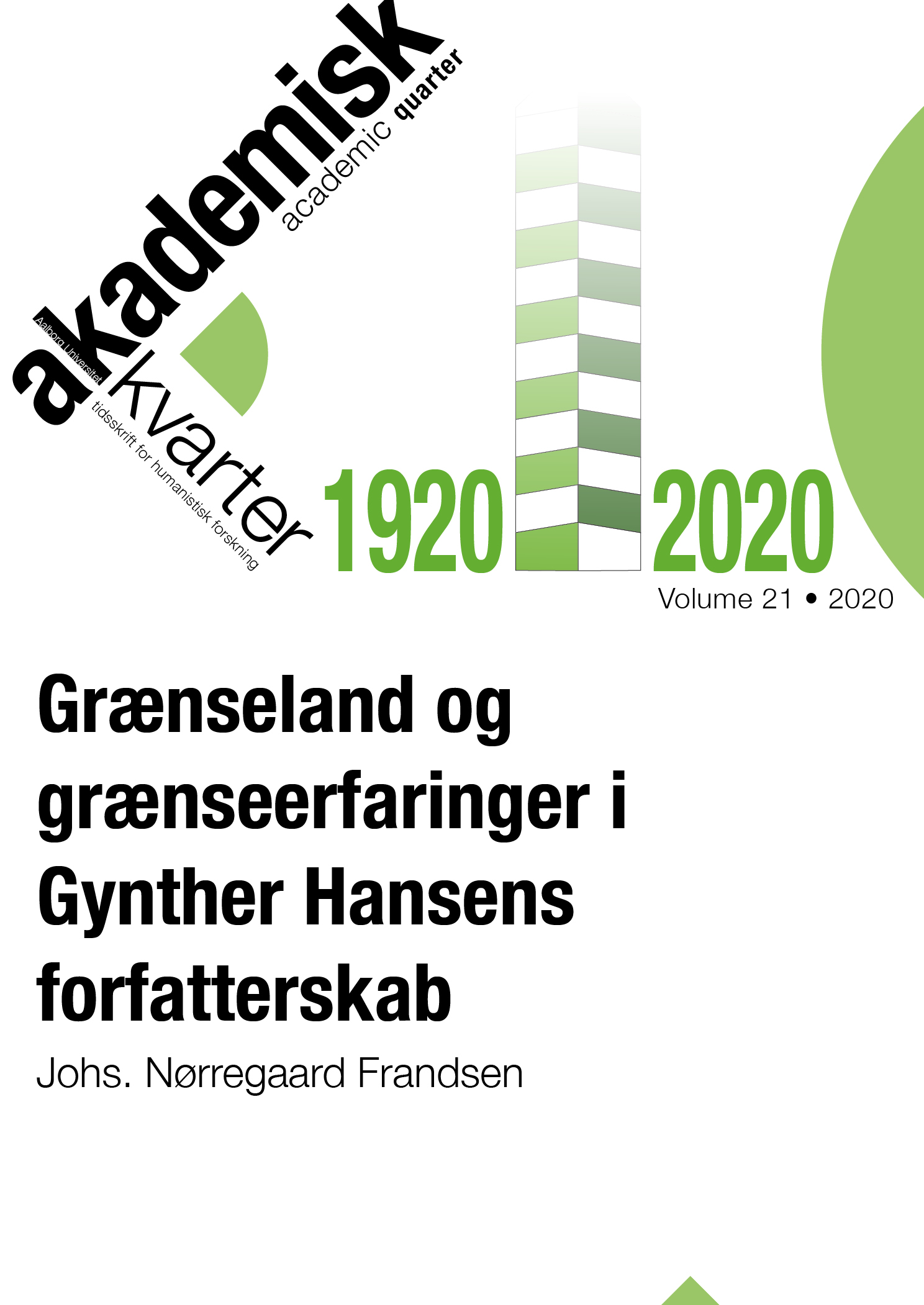 This article presents the authorship of the Southern Jutland author Gynther Hansen (1930-2014). It contains analysis of themes and motifs in his novels and short stories that depict contradictions between Danish and German values ​​and attitudes in the years before, during and after World War II. Gynther Hansen was himself born and raised in the small town of Varnæs near to Aabenraa and in a German-minded family that was further influenced by Nazism. Gynther Hansen himself chose to become Danish at the end of the war. His authorship illuminates everywhere this choice between the Danish and the German for people in the border country and it illustrates the price you have to pay choosing one side. He portrays people, especially men, who feel themselves wounded in soul and heart and who feel deprived of dignity and sense of belonging. The authorship includes around 40 novels and volumes of short stories and has an artistic significance for understanding relationships between experiences in the border country and existential conflicts.