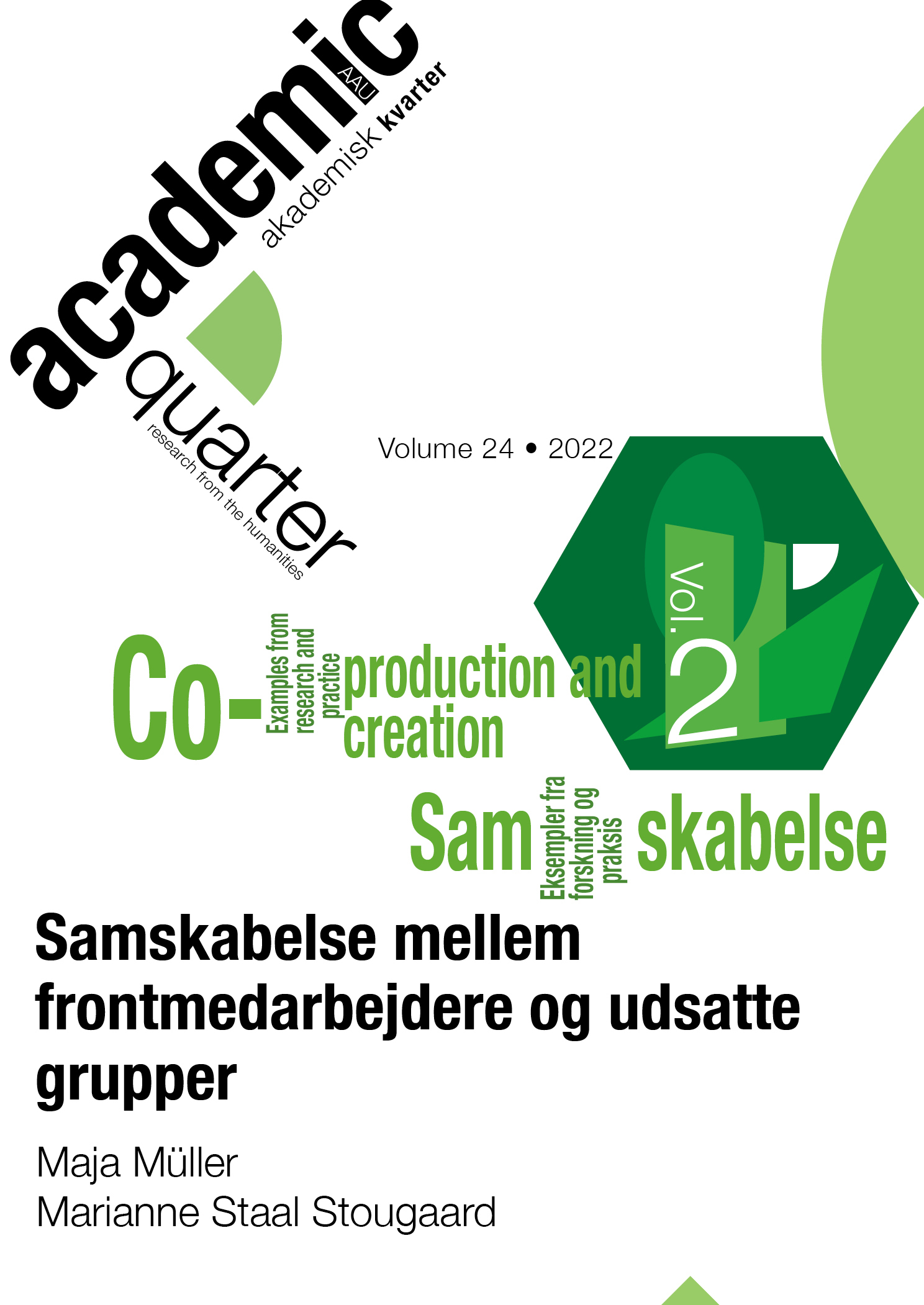 Co-production in its ideal sense, involves new roles for front-line workers and citizens. The potentials and barriers for the development of new roles for socially vulnerable citizens through co-production within social work has been discussed in the literature. Still, the consequences of these new roles, and in particular their transferability to other social work contexts has not been adequately investigated, why this is the aim of the article. Data are based on two qualitative case studies of co-production involving a Danish-Somali women’s association and the users of a Drop-in center for socially vulnerable citizens, respectively. The analysis is conducted through a lens of selected theoretical notions from Goffman’s role theory. It shows that although the citizens acquire new roles transcending the traditional professional-client relation, this only takes place within the concrete social situation of the specific co-production process and are not easily transferable to other contexts with other social actors.