The Work of Art: From Fetish to Forum 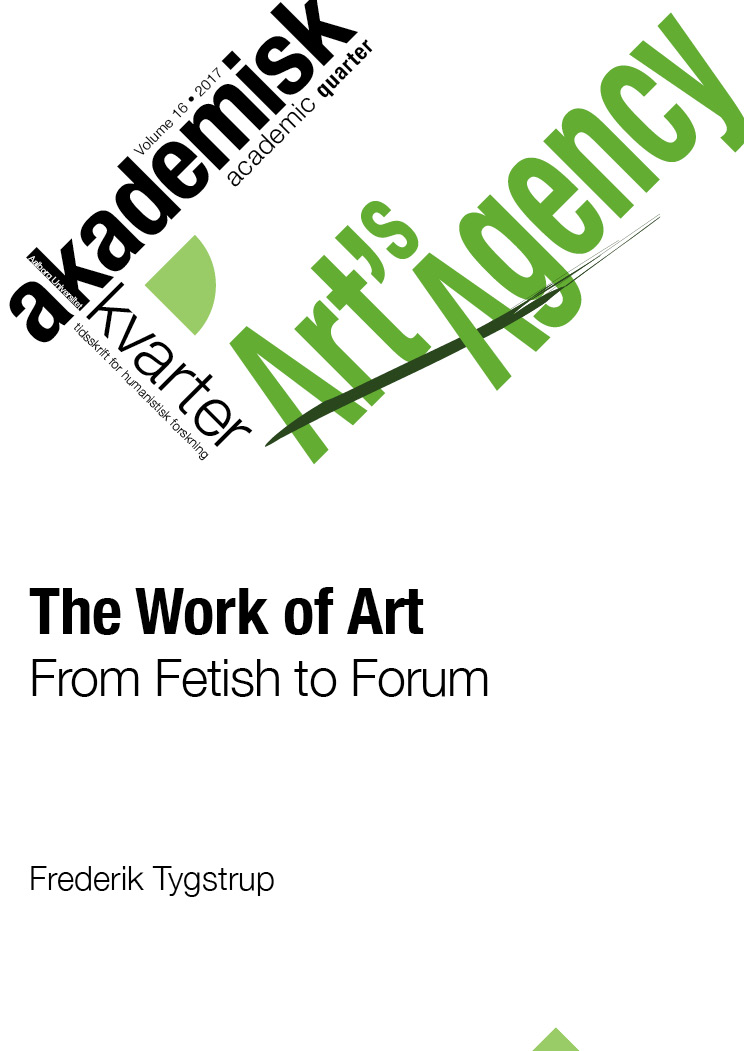 The modern idea of art has been in place for about two centuries. It has concurred with two other features of modernity: that of developed capitalist economy, and that of the new democratic public sphere. This article explores some of the relationships between art, capitalism and democracy. It argues that the notion of art heralded by modern aesthetic theories mainly hinges on the epistemic form of the commodity, highlighting the interaction between a producer, a product and a consumer. A different theorizing of the work of art could, however, depart not from the market place of commodities, but from the public forum for democratic deliberation. This alternative foundation of aesthetics is delineated on the basis of the anthropological idea of the ritual and its instantiation in contemporary theories of performativity, where the work of art is seen as an affordance for social encounters as well as for individual contemplation.

Frederik Tygstrup is professor of comparative literature at the University of Copenhagen and founding director of the Copenhagen Doctoral School in Cultural Studies. Recent book publications include Structures of Feeling (with Devika Sharma), de Gruyter 2015, Socioaesthetics (with Anders Michelsen), Brill 2015.