The Honey Trap: Love for the automobile and its consequences 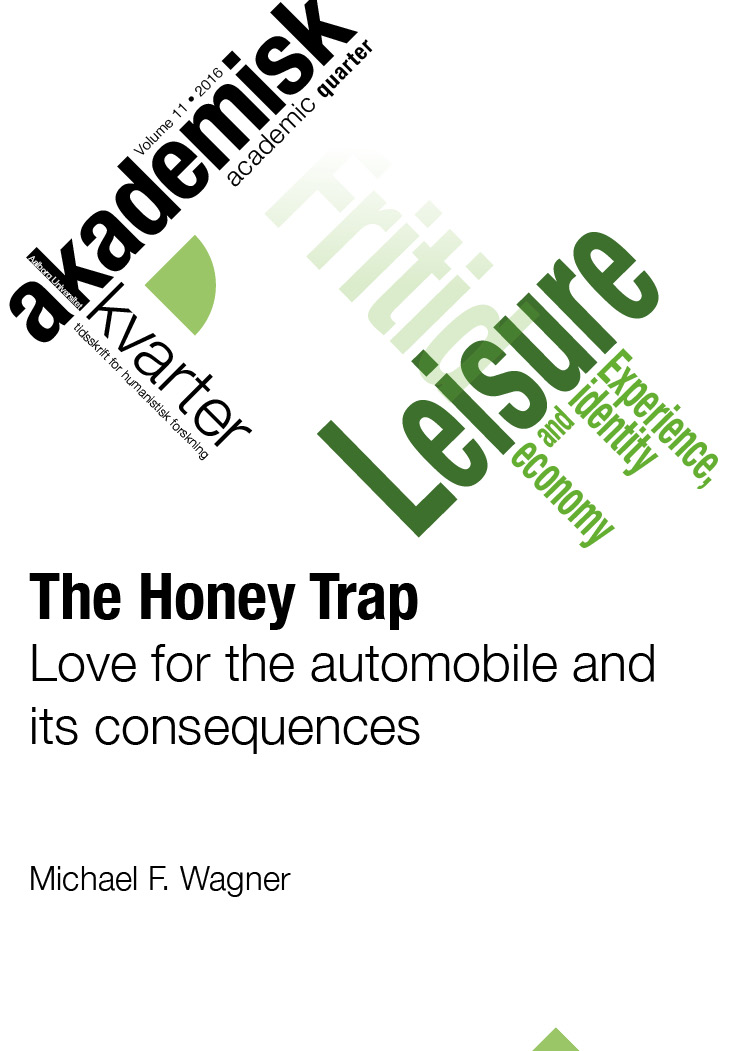 A permanent love affair between man and his automobile has been going on for more than a century. A love affair based on the promise of independence and freedom incarnated by the car. The paradox of this affair is the increasing loss of freedom and independence caused by the fast growing number of automobiles on the roads every year and the inherent traffic congestion that follows. The article traces this erotic relationship between man and car from the beginning 1920ies to the latest climax in 2012 with the refusal of a congestion zone (betalingsring) in Copenhagen to relieve the traffic congestion in the commuter traffic. The emotional relationship between man and car has triumphed once again over the rational considerations in society. Everybody is still stuck for hours in traffic jams every day, sitting caught in this honey trap the drivers preserved their freedom and autonomy at all costs. Come hell or high water.