The Socialist Modern at Rest and Play: Spaces of Leisure in North Korea 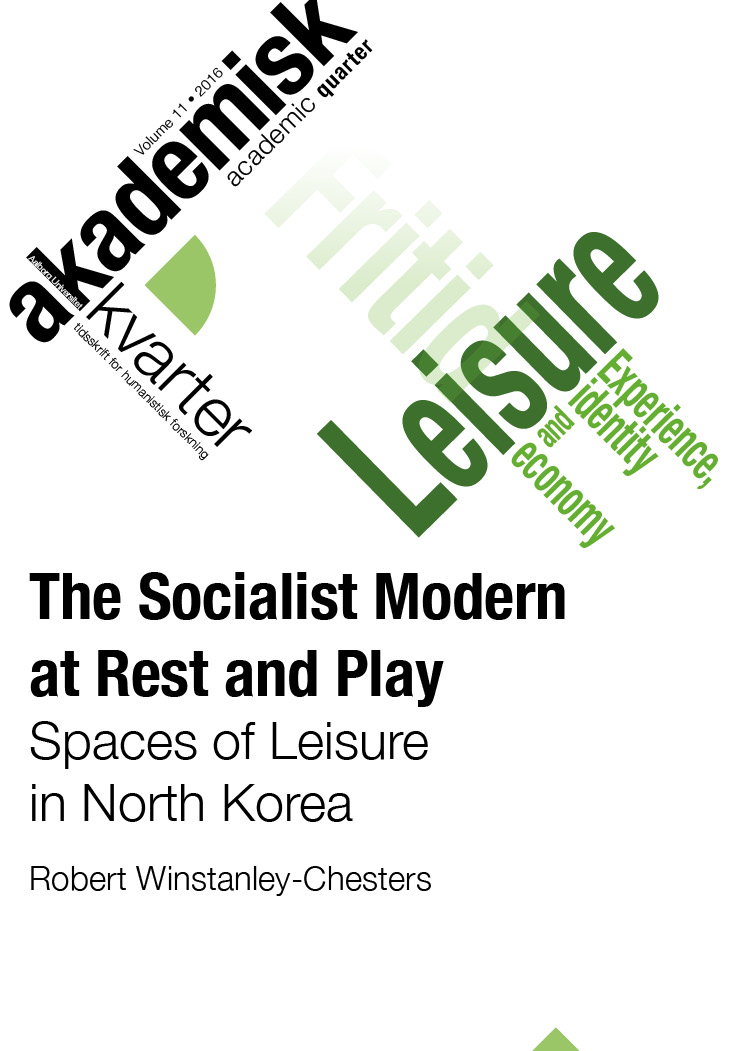 Conventionally conceived of as entirely lacking in frivolity or playfulness, its’ citizens time and energy and its’ geographic spaces harnessed only to the prerogatives of political and military production, North Korea is regarded as the ‘terra nullis’ of leisure activity. However in the light of the Korean peninsula’s forceful encounter with Japanese Imperialist modernity, this paper examines connections between the introduction of sporting, leisurely and non-productive modes of production and relation at the behest of colonialism and North Korea’s conception of a leisure fit for the socialist modern. Far from a blank leisure canvas, Pyongyang’s political and cultural repertoire of praxis has required and supported an extensive network of narrative, ideology, infrastructure and facilities focused on politically appropriate sport, and entertainment which embedded and enmeshed leisure and non-productive time at the heart of Pyongyang’s acutely charismatic and theatric political form.

Robert Winstanley-Chesters is a post-doctoral fellow of the Beyond the Korean War Project (University of Cambridge), a Visiting Research Fellow at the School of Geography, University of Leeds and is currently Director of Research and environmental analyst at Sino-NK.com. His first monograph “Ideology and the Production of Landscape in the Democratic People’s Republic of Korea” was published in 2015 by Rowman and Littlefield’s Lexington Press.