Mary in the Middle: The use and function of a female character in the policing of a male-male relationship in BBC’s Sherlock 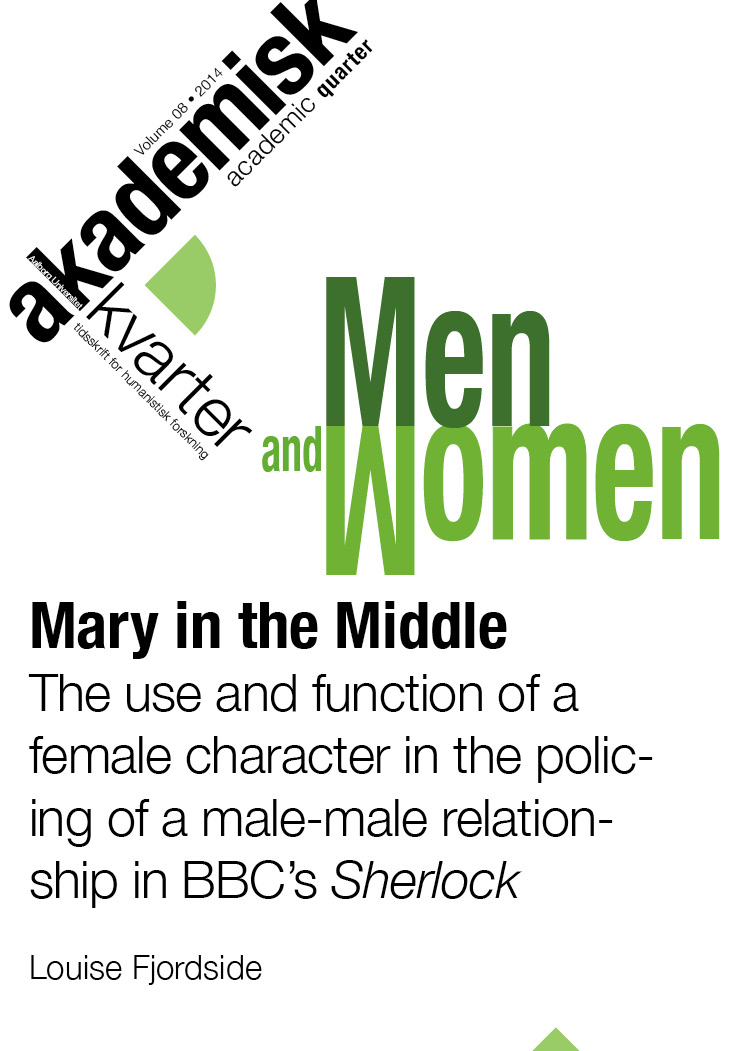 The addition of Mary Morstan to Series 3 of the BBC’s Sherlock is analysed through the application of Eve Sedgwick’s theory of homosociality as well as performativity theory to shed light on how a female character can be used not to only police a male-male relationship, but also create a safe space for them to express sentiment. The analysis of Mary’s role in BBC’s Sherlock suggests that she is mainly used to ensure that the performance of sexuality in BBC Sherlock was mainly heterosexual, although the performative level of the program leans towards a homosexual reading in regards to John and Sherlock. The main thesis of this article is that female characters are used to police male-male relationships, ensuring that heterosexuality is the true sexuality of the main characters; though homosocial and homosexual tendencies might be expressed.

Louise Fjordside is a Bachelor’s student in English whose interests include queer theory and feminism, especially in relation to contemporary culture.