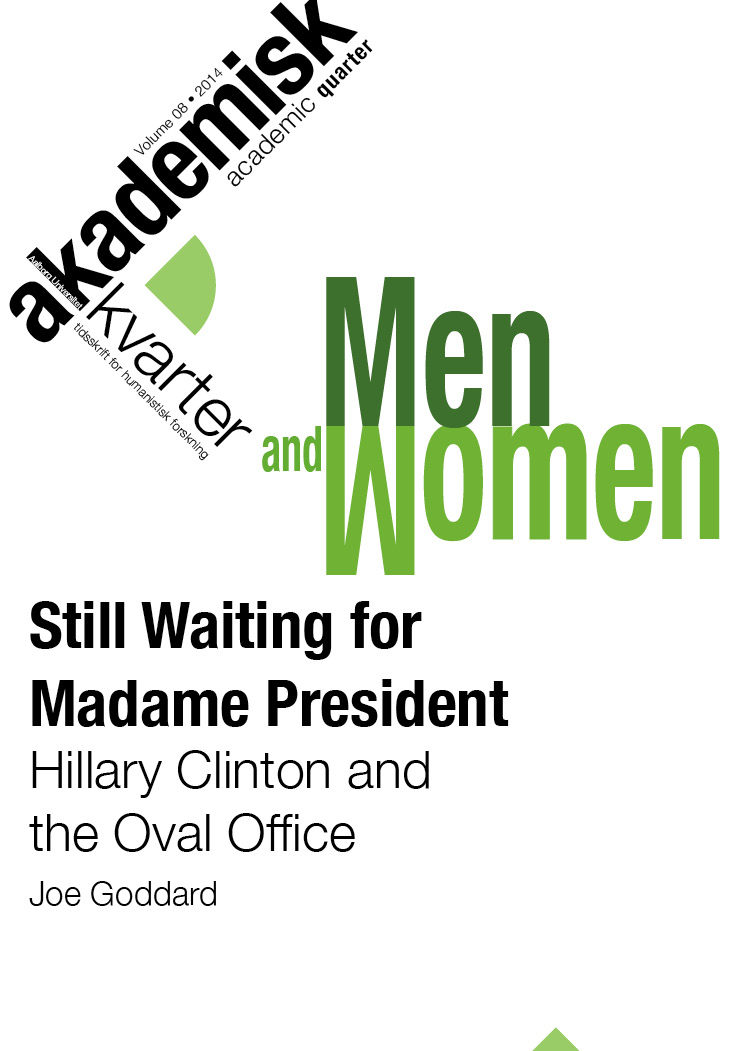 This essay investigates gender in politics through the prism of Hillary Clinton’s 2008 campaign for the Democratic nomination. It looks at the reactions to that campaign in the media, both in 2008 and as a probable second Clinton campaign emerges for 2016. Topics explored include whether the reactions to Clinton’s campaigns are generic or specific to Clinton herself, and whether gender remains a limiting force in American political life.

Joe Goddard is associate professor of American history at the University of Copenhagen. His monograph, Being American on the Edge: Penurbia and the Metropolitan Mind, was published by Palgrave Macmillan New York in 2012, and looks at the intersection of landscape and imagination in American consciousness in the twentieth century. Goddard also writes on American politics and government, most recently in Contemporary America, also published by Palgrave Macmillan in 2013.