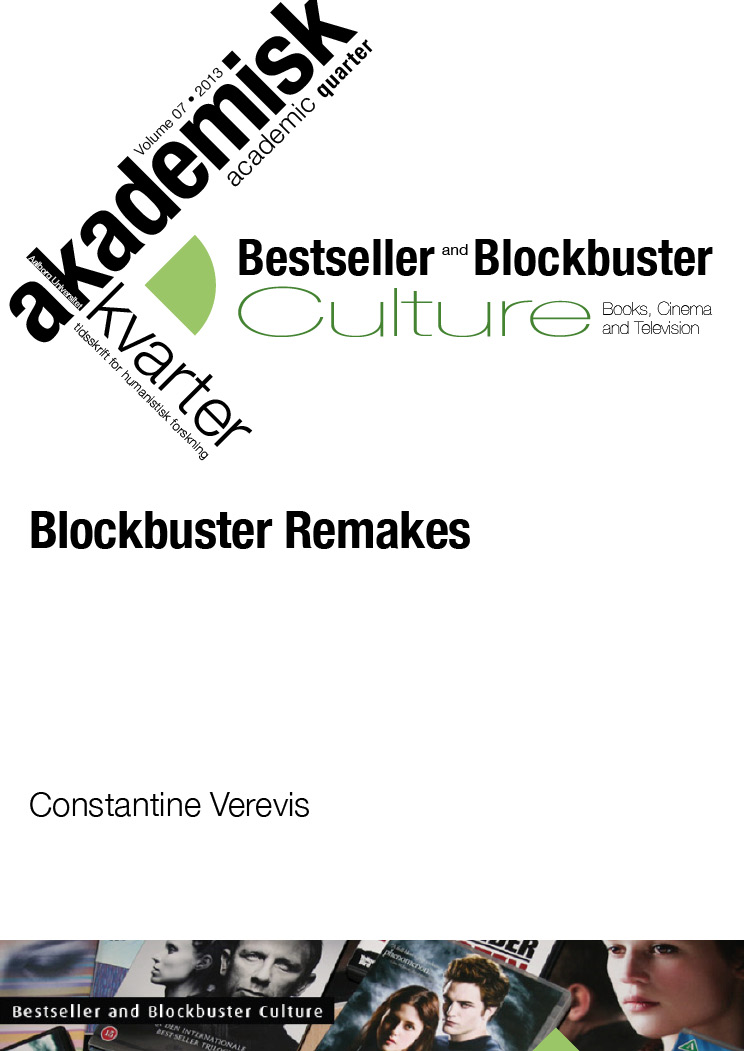 Like the term “blockbuster,” the phrase “blockbuster remake” can mean different things. Typically, blockbuster remake is an industrial term, one that refers to the production of large-scale movies adapted from previously filmed properties. In this definition, modest (cult) properties – such as, Planet of the Apes (1968, 2001), King Kong (1933, 1976, 2005), and War of the Worlds (1954, 2005) – are revived through massive production budgets as cultural juggernauts, with strong marketing campaigns and merchandising tie-ins. Less typical is a description that accounts for the way in which a blockbuster movie is itself remade: that is, a definition in which a blockbuster becomes the cornerstone for the entire architecture of a blockbuster cycle. This article explores the idea of a blockbuster remake, and blockbuster initiated cycle, in and through a case study of the prototype of all modern blockbusters: Steven Spielberg’s Jaws (1975). Specifically, the article interrogates the way in which “Bruce,” the great white shark of Jaws, initiated a rogue animal cycle consisting in the first instance of the Jaws franchise – Jaws 2 (1978), Jaws 3-D (1983) and Jaws 4: The Revenge (1987) – and also a series of replicas that included Grizzly (1976), Orca (1977), and Piranha (1978).