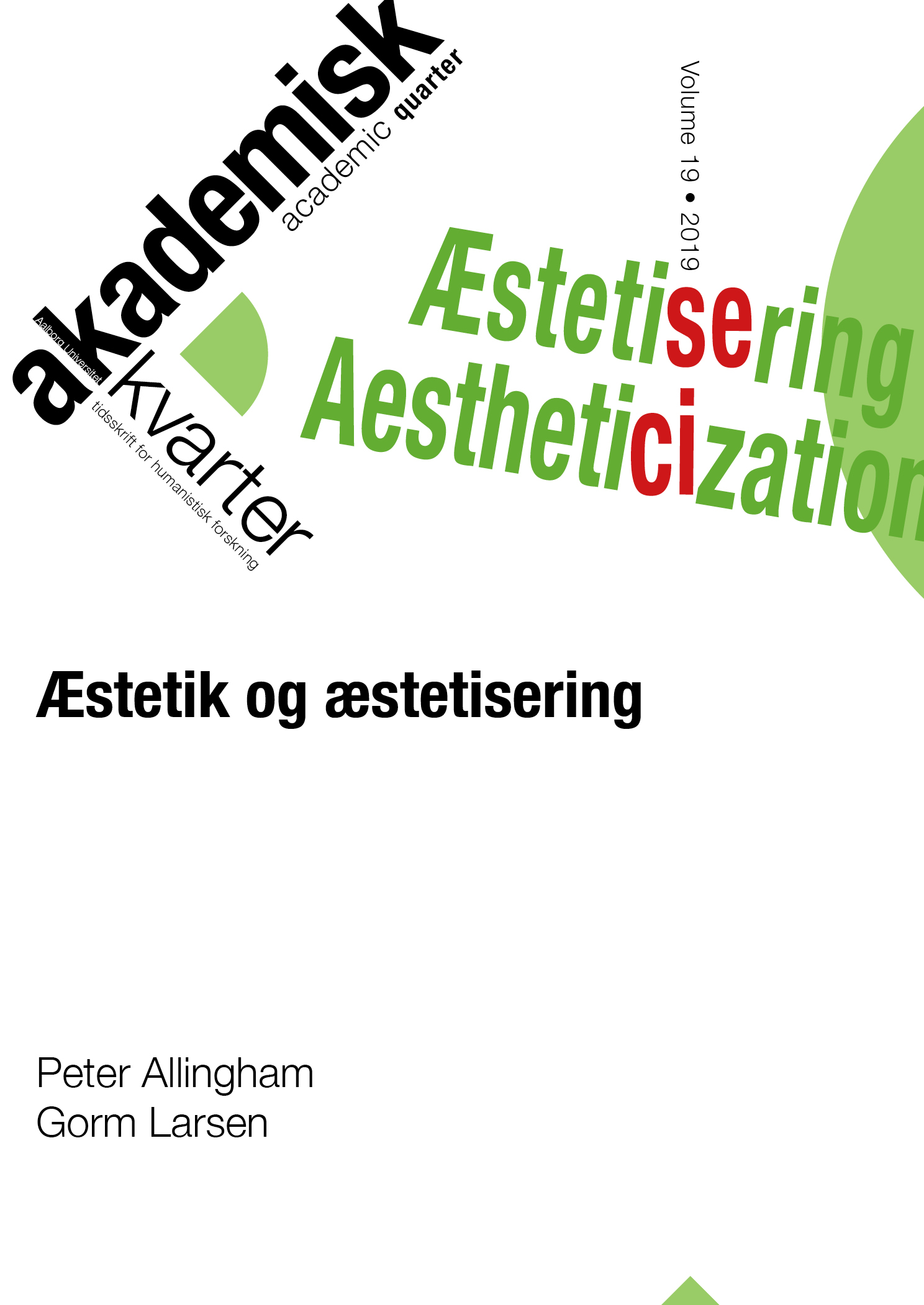 In this issue of Academic Quarter we present a number of different perspectives on the subject of Aestheticization. Our aim is that the present introduction may serve as a suitable frame of reference to the contributions. In order to obtain this, we have chosen a historical structure that takes its point of departure in the rise of philosophical aesthetics during early modernity, from Baumgarten, Kant to Hegel. The contributions of these philosophers on cognitive processes, the beauty of art and nature reflect the development of the modern individualistic subject and the rise of a modern bourgeois culture of education and good manners. In a further perspective, it seems that an emerging late modern culture is developing that breaks away from positions within classic philosophical aesthetics. Resent works of current philosophers and sociologists, among them Wolfgang Welsch, Gernot Böhme and Andreas Reckwitz point to the rise of an aesthetic economy that has given rise to a culture of singularity. I.e. a culture, where an academic middle-class, well-educated within new digital media, has adopted a life style where professional and personal success depends on your ability to stage yourself and your life successfully with unique objects and features. This has led to a general pursuit for culturally authentic objects, and therefore an increasing aestheticization of the world outside the world of art.