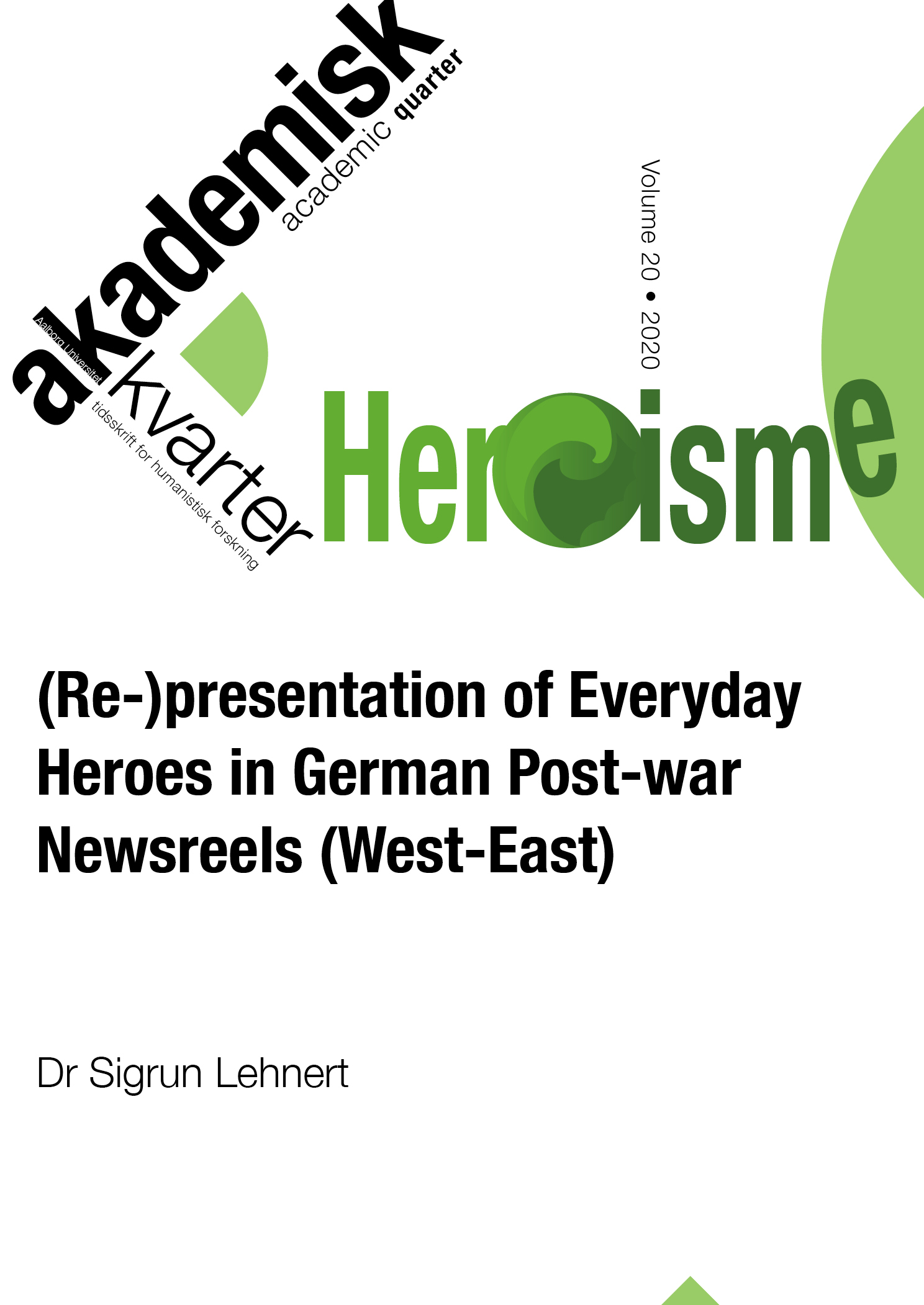 In the post-war period, life was challenging and required people to stand up for the community. In the two German states, however, different views of community were propagated by the media. In the 1950s and 1960s, film coverage of the cinema newsreels offered moving images for people who had no access to television. Reports underscored by music and commentary allowed political interpretations. In the GDR, persons and groups were honoured by the narrative of the newsreel Der Augenzeuge: for example, when students and administrative staff helped the farmers during harvest time. In this way, a ‘heroic sense of community’ was transferred to all ‘labourers’ in the community. In the West German newsreels, heroes took action in traffic or at work in dicey situations. They are role models too, but they are not meant to instigate the communities’ imitation but serve education. The article aims to show the patterns and intentions of the filmic presentation of ‘normal people’ as heroes in Germany.

Dr Sigrun Lehnert is since 2010 a scientific assistant in Hamburg, Germany. In 2010 she took up her dissertation project at the University of Hamburg on German newsreel and early television news in the 1950s. The following book has been published in 2013 by UVK, Konstanz. Her research interests are documentary film, newsreels, film heritage.