With the general theme of Heroism, this issue of Academic Quarter presents articles that each addresses this concept, ancient and contemporary. The first, introductory article discusses different aspects of heroes and heroism and it offers a survey of approaches to this subject. The approaches of the article are all from a cultural, theoretical perspective. The issue is then organised under three headings. The first section The heroic aesthetics of popular culture includes articles about films: “Fans feeling a disturbance in the Force. Star Wars and the power of paratexts”, “Superheroes or Group of Heroes? The Avengers as Multiple Protagonist Superhero Cinema” and “Self-Sacrifice and the Transformation of the Hero”. The latter article includes a discussion of comics, and the following articles “What is so super about motion comics”, “Precarious Lines Heroism and hyper-capability 90s Nightwing comics” are about hero-related comics. These articles are to be followed by two articles about games, “Faderen som helt i computerspil” (“The Father as hero in computer games”) and “’What you Remember is the Illusion’: The Deluded Hero, New Mythology, and Nostalgia in Final Fantasy VII”. One article with its own section is about Marketing. This article “Heroes of Nordic Masculinity in Consumer Culture Mythology” analyses gender in marketing communication. The final section has the heading Ideology and discourse. It contains an article with a philosophical angle, “Heltens teleologiske potentiale – om nytænkning og mønsterbrud med helten som drivkraft” (The teleological potential of the hero – on innovation and breaks of patterns with the hero as the driving force), and two with historical content, “Representation of Everyday Heroes in German Post-war Newsreels “ and “Agnes Slott-Møller og heroisk nostalgi” (The heroic nostalgia of Agnes Slott-Møller). The final article of the issue, “System-Warriors – om Sundhedsvæsenets helte i patientperspektiv” (System-Warriors – about the heroes of the health care system from the patients’ perspective) presents a discourse analysis of heroism in the Danish health care system. 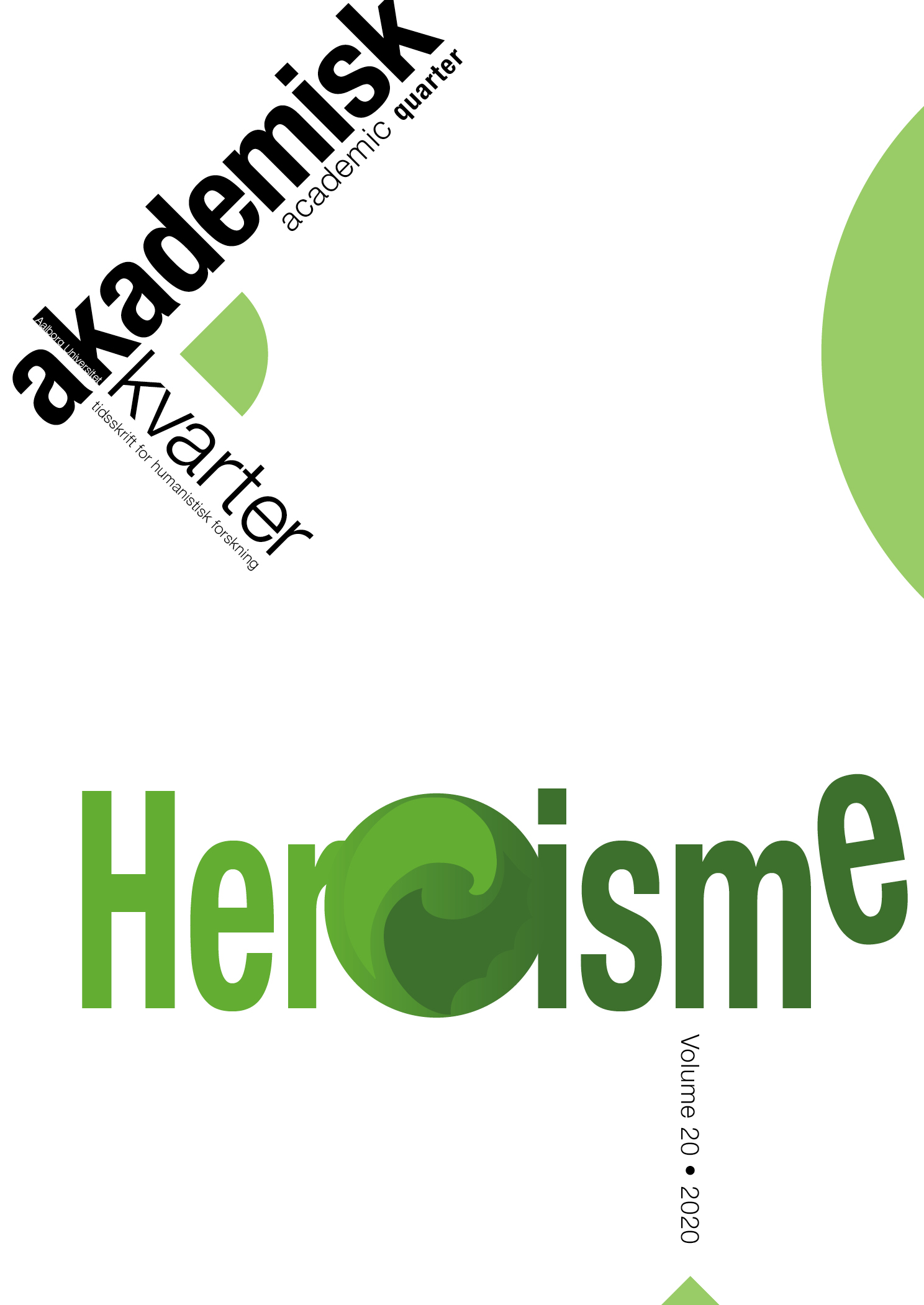