Fans feeling a disturbance in the Force. Star Wars and the power of paratexts 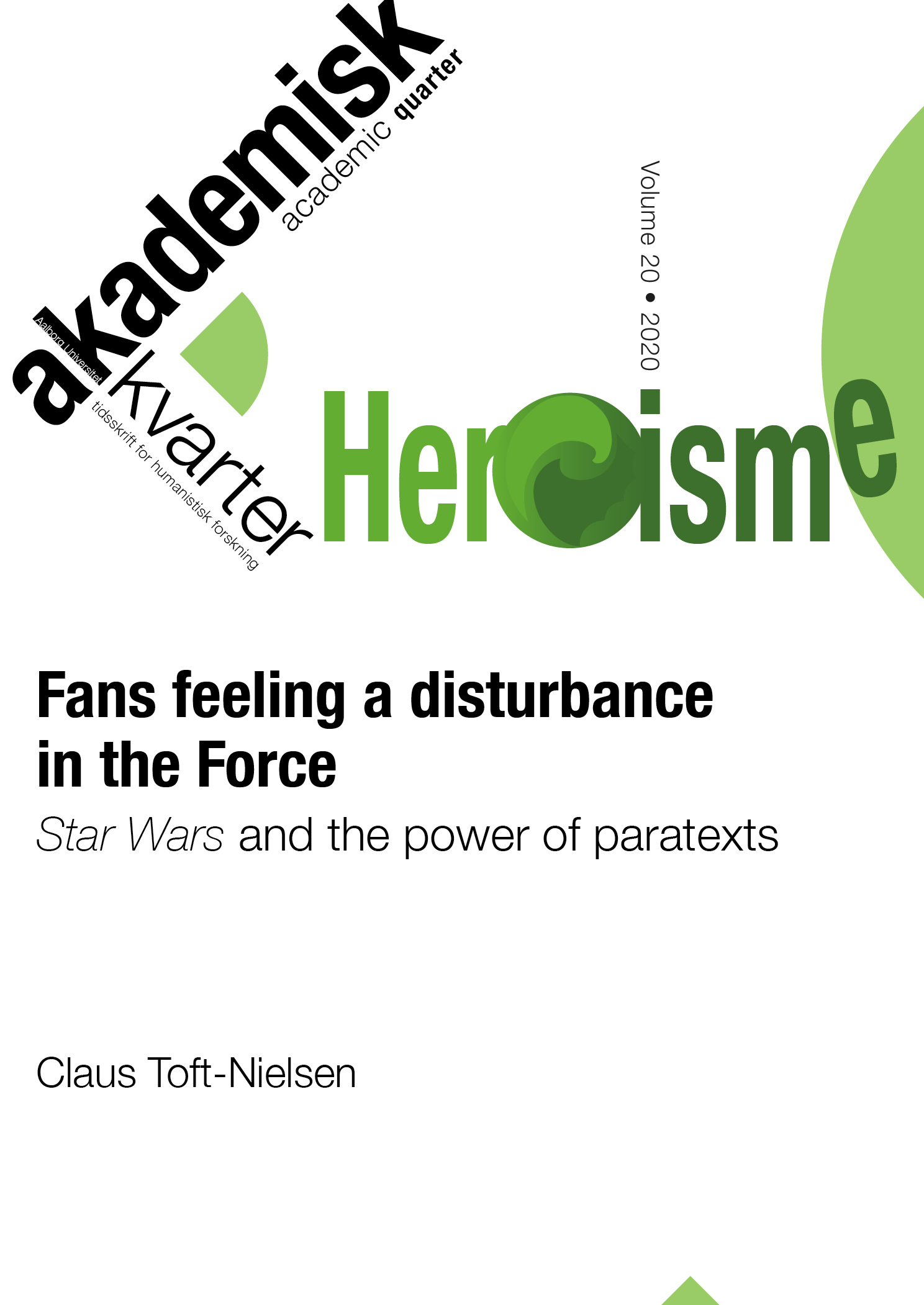 Ever since Disney acquired Lucasfilm in 2012, the Star Wars franchise has been widely praised for its updated take on and inclusion of diversity (extending in particular to women), having moved away from its image as purely a boys’ club to include everyone. While this may seem true at first glance if we regard the blockbuster films of the Star Wars franchise, such a sentiment proves to be more problematic when we consider the merchandise accompanying the films. This article starts by reading the gender diversity of the Star Wars franchise as “plastic representation” (Warner 2017), branching out to include Star Wars merchandise as paratexts (Genette 1997, Gray 2010, Scott, 2017). Reading Star Wars toys, action figures and play sets as culturally significant objects and markers of fan identity (Geraghtly 2014), I argue that these paratexts serve to bolster gendered franchising and to work as “fanagagement” (Hills 2010) to promote certain types of fan engagement in Star Wars, while at the same time policing others.

Claus Toft-Nielsen Associate Professor at the School of Communication and Culture at Aarhus University. His research is centred around digital media and popular culture, with a particular focus on fan culture, digital games, transmedia storytelling and gender studies.