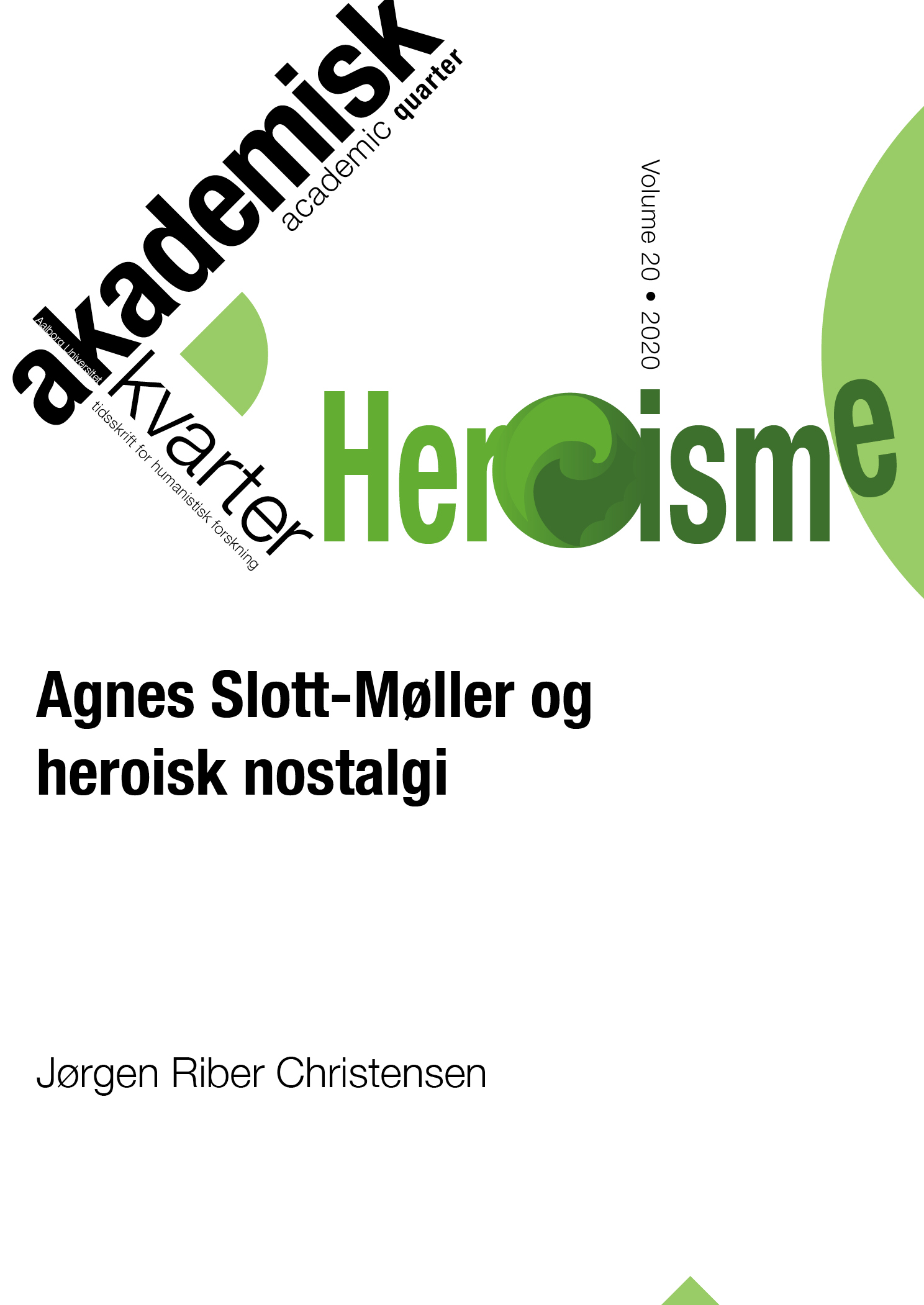 “Agnes Slott-Møller and Heroic Nostalgia” addresses this Danish symbolist artist’s production of medieval heroic subjects and their place and function in her contemporary political and ideological context. Her monumental oil paintings depict Danish medieval kings and heroes, and her extensive writings advocate the role of the heroic national leader as a necessity to shape history and to defend the independence of the national Danish state. In the article, her conception of the hero, king and poet, is compared with Thomas Carlyle’s ideas and with Georg Brandes’ aristocratic radicalism. The research question is whether her nostalgia for the Middle Ages, which includes numerous paintings with folk ballads motifs, is simply backward looking and escapist; but in the light of theories about nostalgia (Boym, Smith & Campbell) it is argued that her aesthetic form of nostalgia is radical and an expression of her political commitment as a woman artist to her contemporary world.