Superheroes or Group of Heroes? : The Avengers as Multiple Protagonist Superhero Cinema 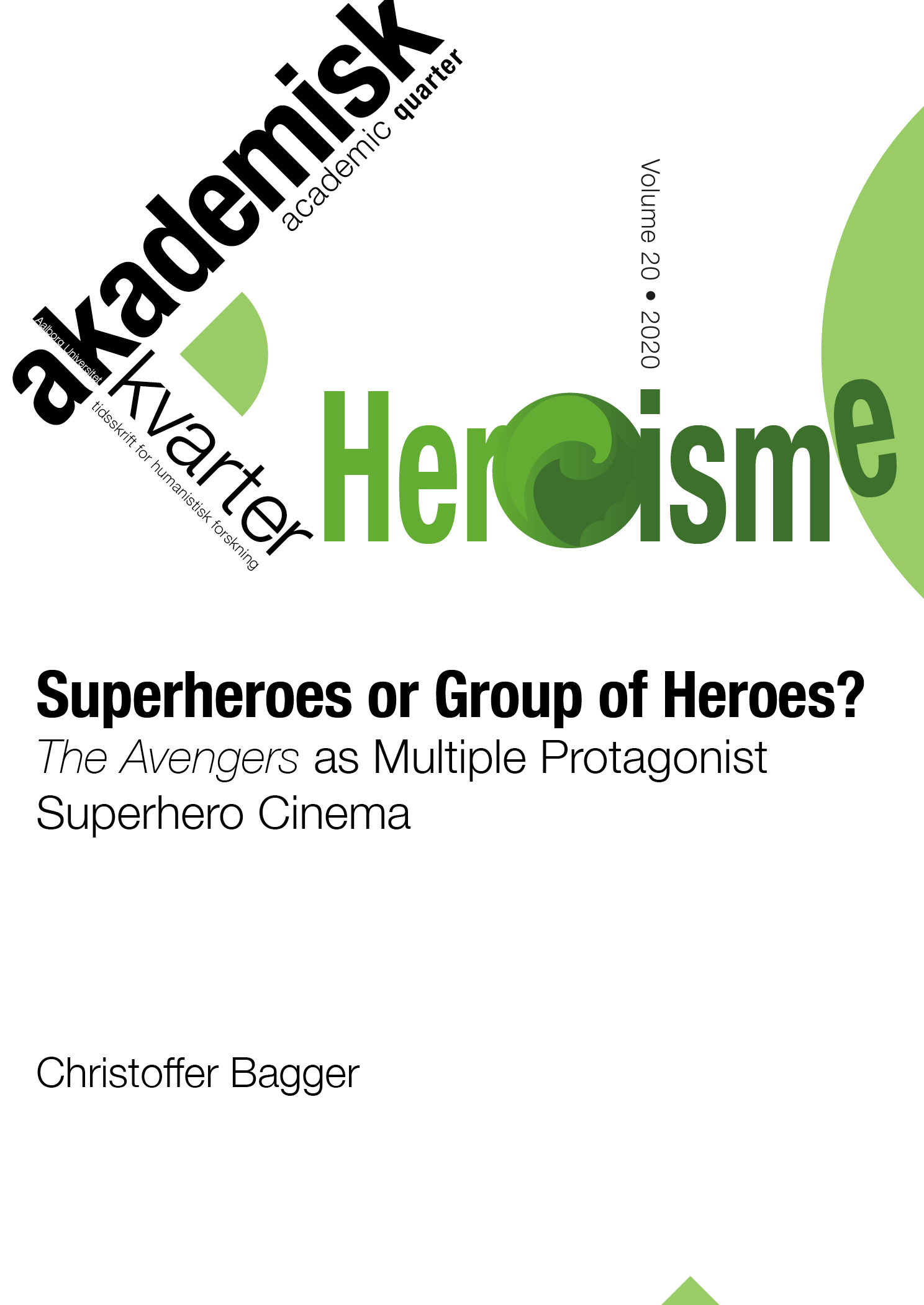 Heroes have often been thought of as singular individuals standing apart from the rest of the world, and the current superheroes are no exception. Even though their comic book counterparts exist in complex social networks of supporting characters and related colorful heroes, cinematic adaptations often “kowtow” to single-hero worship (Burke 2008, 101), isolating the hero from a larger narrative world and networks of characters. This changed with the success The Avengers in. This film and series which it was a part of – The Marvel Cinematic Universe - quickly became a trendsetter within the larger media landscape. In this article, I present a close formal analysis of The Avengers and contextualize it within the larger narrative of the cinematic universe. I argue that the film belongs to the genre of multiple protagonist cinema, yet in a form that straddles the line between the two usual variations of that form of cinema. Multiple protagonist cinema is usually either a form often reserved for non-mainstream, experimental narratives in one extreme or it is just a slight variation on pre-existing mainstream Hollywood formulas in the other extreme. The Avengers finds middle ground between these extremes, and manages to do so with special consideration to the superhero genre.

Christoffer Bagger is a PhD fellow at the Department of Communication at the University of Copenhagen. His thesis work is on the emergence of new genres of communication in the intersection between personal and professional life. His research interests also include the particular narrative strategies of the more fantastical genres of media.