Crime Fiction Import/Export in European Publishing : The Emergence of Euro Noir through the Process of Translation 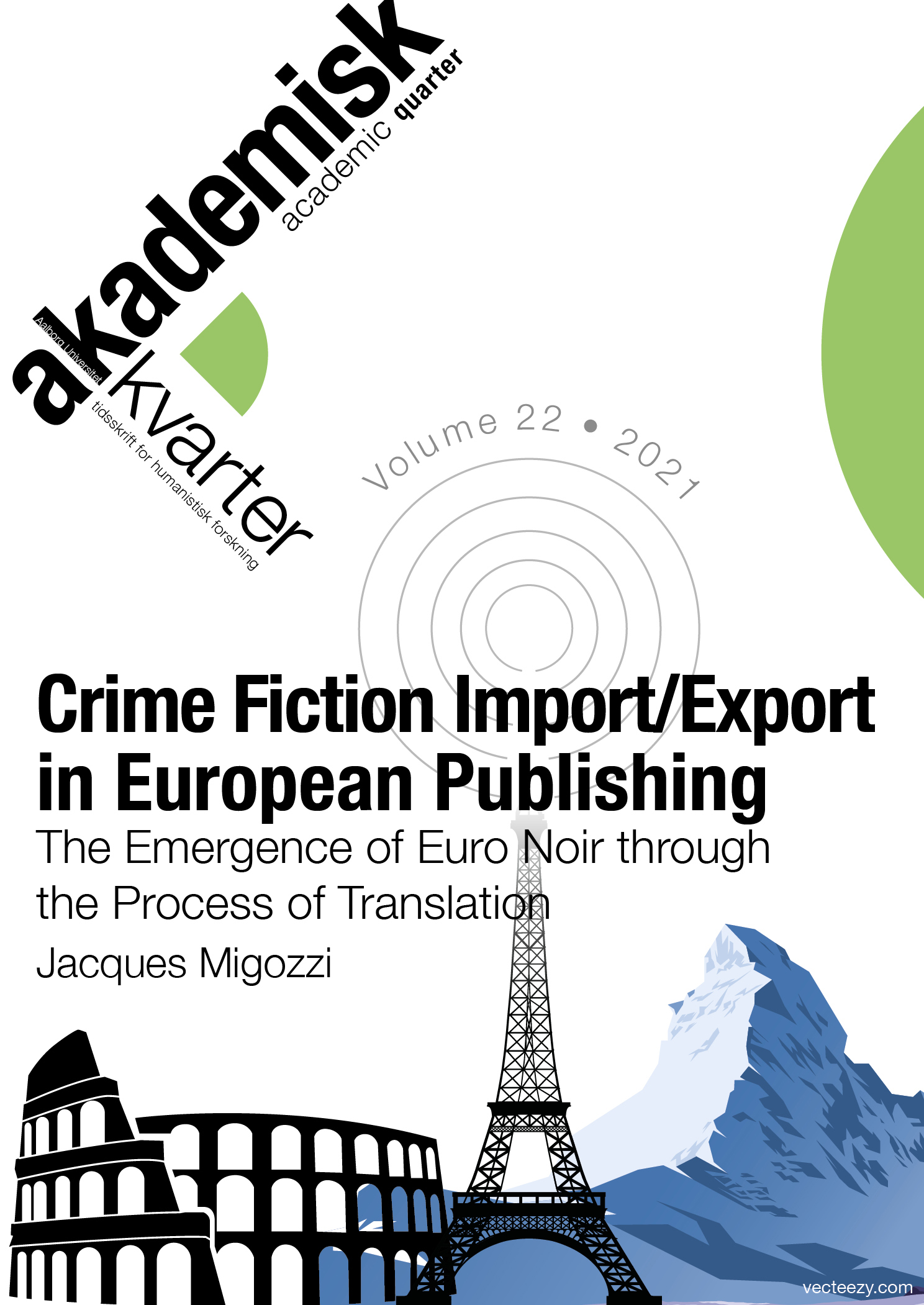 The term ‘Euro Noir’ has been recently proposed to account for the emergence of a shared, cosmopolitan koinè in the current production of crime fiction across Europe (Forshaw 2014, Hansen et al. 2018). While the characterization of the specific aesthetic and narrative features of this production is currently underway and constitutes one of the objectives of the DETECt project, the study of the role of translation in the circulation of crime fiction can contribute to better understand the emergence of such cosmopolitan form of expression. Inspired by the methodology proposed by Franco Moretti in his Atlas of the European Novel (1999), this article throws light on how both forms of translation – extranslation, or the exporting of literary works into another language, and intranslation, or the importing of foreign works into a given country by way of translation – are products of economic and cultural competition (Sapiro, 2008 and 2010). The research results are in line with both Moretti’s conclusions about the past concurrence for hegemony between the dominating poles of English and French publishing and Pascale Casanova’s work on the geopolitics of The World Republic of Letters (1999 and 2015).

is Professor of French Literature at the University of Limoges. Focusing his investigations about popular fiction for twenty-five years, he published a monograph on this topic, Boulevards du Populaire (PULIM, 2005), edited or co-edited eleven volumes or special issues of journals, and published several articles, mainly adopting a theoretical perspective, in international peer-review journals.