Is There such a Thing as a Hungarian Nordic Noir? : Cultural Homogenization and Glocal Agency 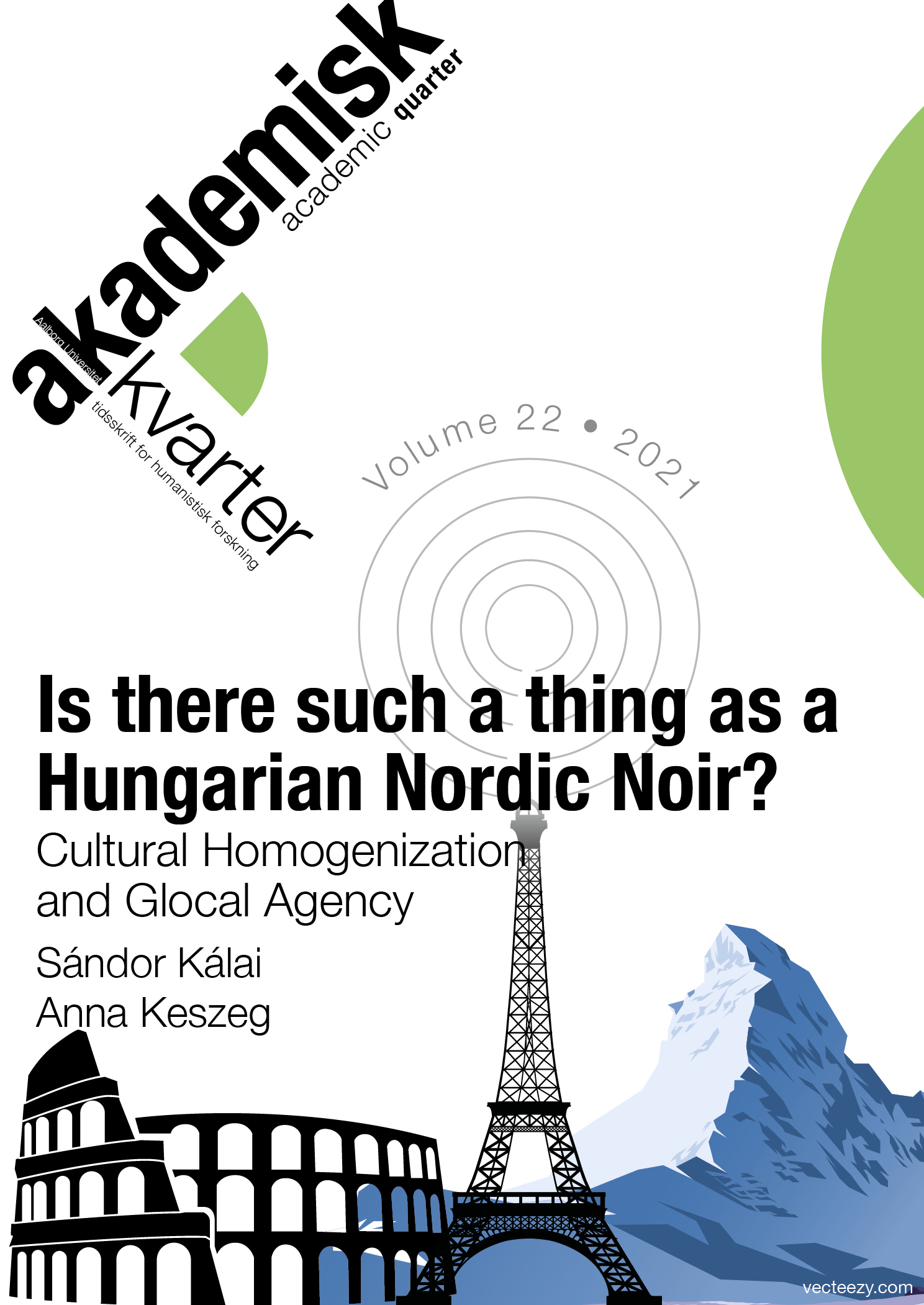 In Hungary, the last few years were witness to an increasing appropriation of Nordic Noir aesthetics. Books, films and a television series were written and produced under a ‘Scandinavian’ crime label on this small-scale market, adapting, relatively late, the bestselling genre of the last two decades. Our aim is to situate this tendency in the context of Hungarian creative industries by underlining the most important discursive elements involved in the remediation of Hungarian crime stories within a “network of similarities” (García-Mainar 2020) with Nordic Noir. An investigation of the paratexts of these cultural products sheds light on the main idea behind the creation of those different mediatic appropriations: in Hungary, a market where the crime genre has had, and still has, a difficult and discontinuous affirmation, adopting the label of a globally successful (sub)genre may help crime fiction through its process of cultural institutionalization.

is Associate Professor at the Department of Communication and Media Studies of the University of Debrecen. His research focuses on the history of European media culture and popular genres, like in particular crime fiction. He published a book, in Hungarian, on the history of French crime novel and he recently edited, with Jacques Migozzi, in Belphégor a collection of articles on European media culture.

is Assistant Professor at the Department of Communication, Public Relations and Advertising of the Babeș-Bolyai University, Cluj-Napoca. Her main research interests are contemporary visual culture, with special focus on television, and fashion communication. She published several articles in French and Hungarian on contemporary Eastern European crime series.