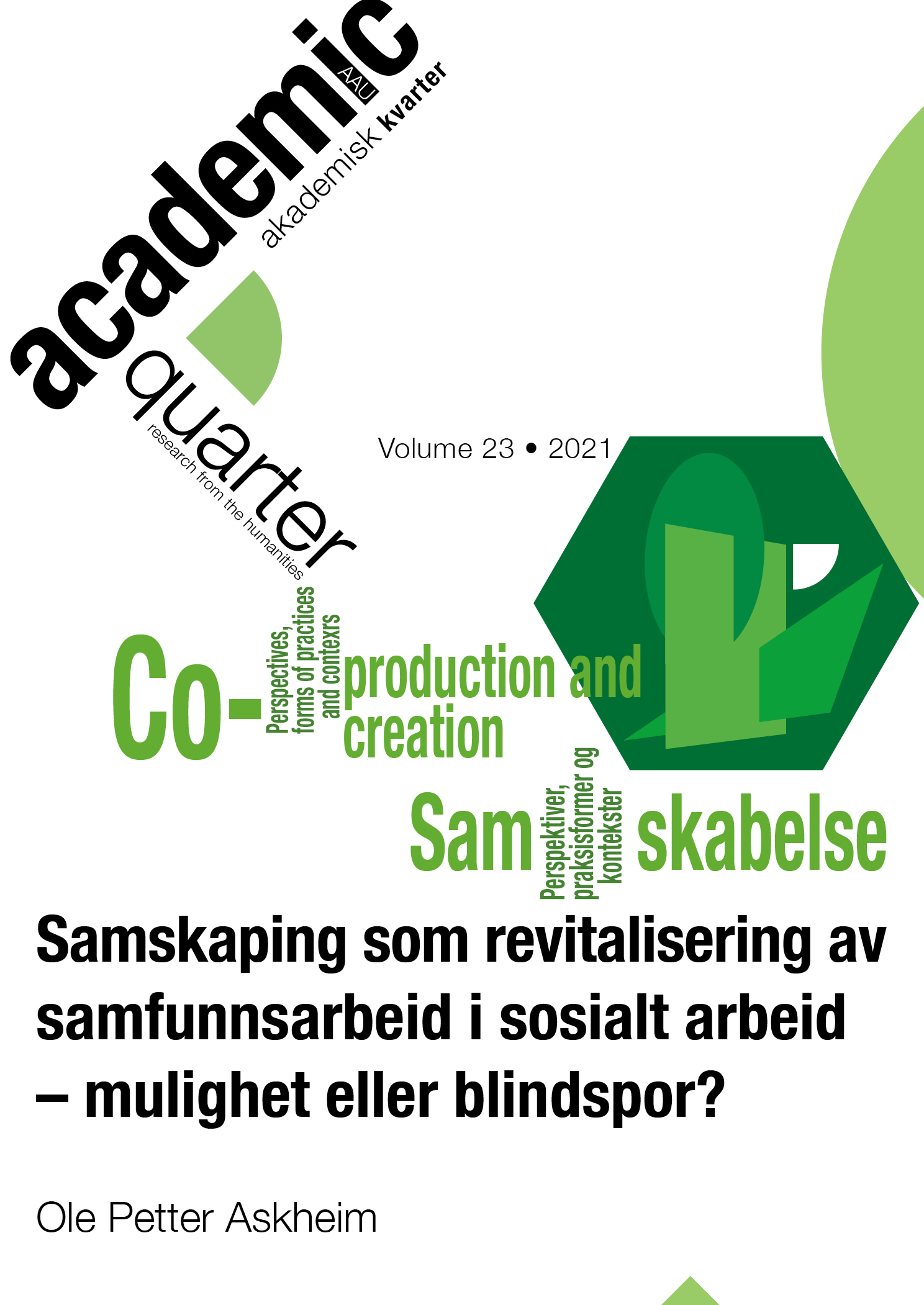 From being an important approach in the 1970s community work today has a weakened position in social work. Individual oriented positions dominate. The development could be seen as paradoxical since the term co-creation simultaneously has obtained a prominent position in welfare policy. However, even if both concepts share the prefix “co”, the terms have very different backgrounds. Community work has its roots in a bottom-up perspective and a left-wing ideology. The co-creation approach has its background in innovation literature where it has moved from the private to the public sector and is mainly introduced by the state authorities. Besides expressing democratic intentions co-creation is also associated with the goals of efficiency and increased sustainability in the welfare area. The article will discuss whether the co-creatin concept might contribute to a revitalisation of community work or if such a strategy would imply a dead end if the original intentions of community work should be sustained.