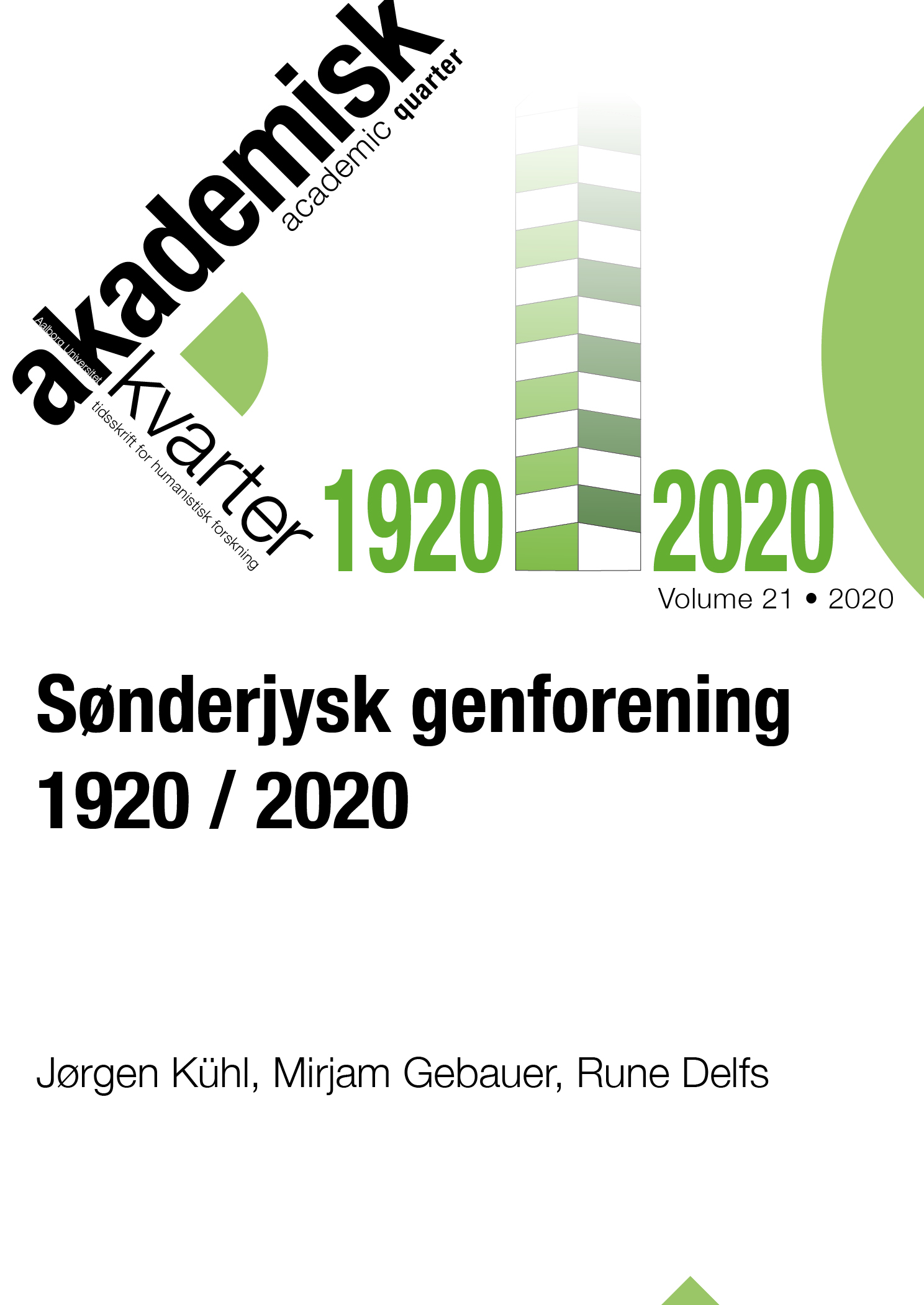 On the centenary of the Reunification of Southern Jutland, this issue of Academic Quarter presents ten articles which deal with Danish-German relations, the consequences of the new border of 1920 and experiences of the border in history, culture and literature. The first article critically discusses the labelling of the outcome of the plebiscites. The second contribution investigates narratives of Danishness in Southern Jutland in the years between 1920 and 1933. The next two articles give an insight into present identities in the Danish-German borderland. The following two contributions investigate the economic consequences of the division of Schleswig and the introduction of emergency currency in the years 1919-1921. A linguistic analysis compares the use of the exclamation mark in Danish and German. The last three articles deal with artists and their relations to the borderland. Firstly, Kaj Munk’s attitude to the question of Southern Jutland is investigated, secondly, the relation between humans and nature in Theodor Storm’ novella The Rider on the White Horse and finally, identity issues in the works of Gynther Hansen.