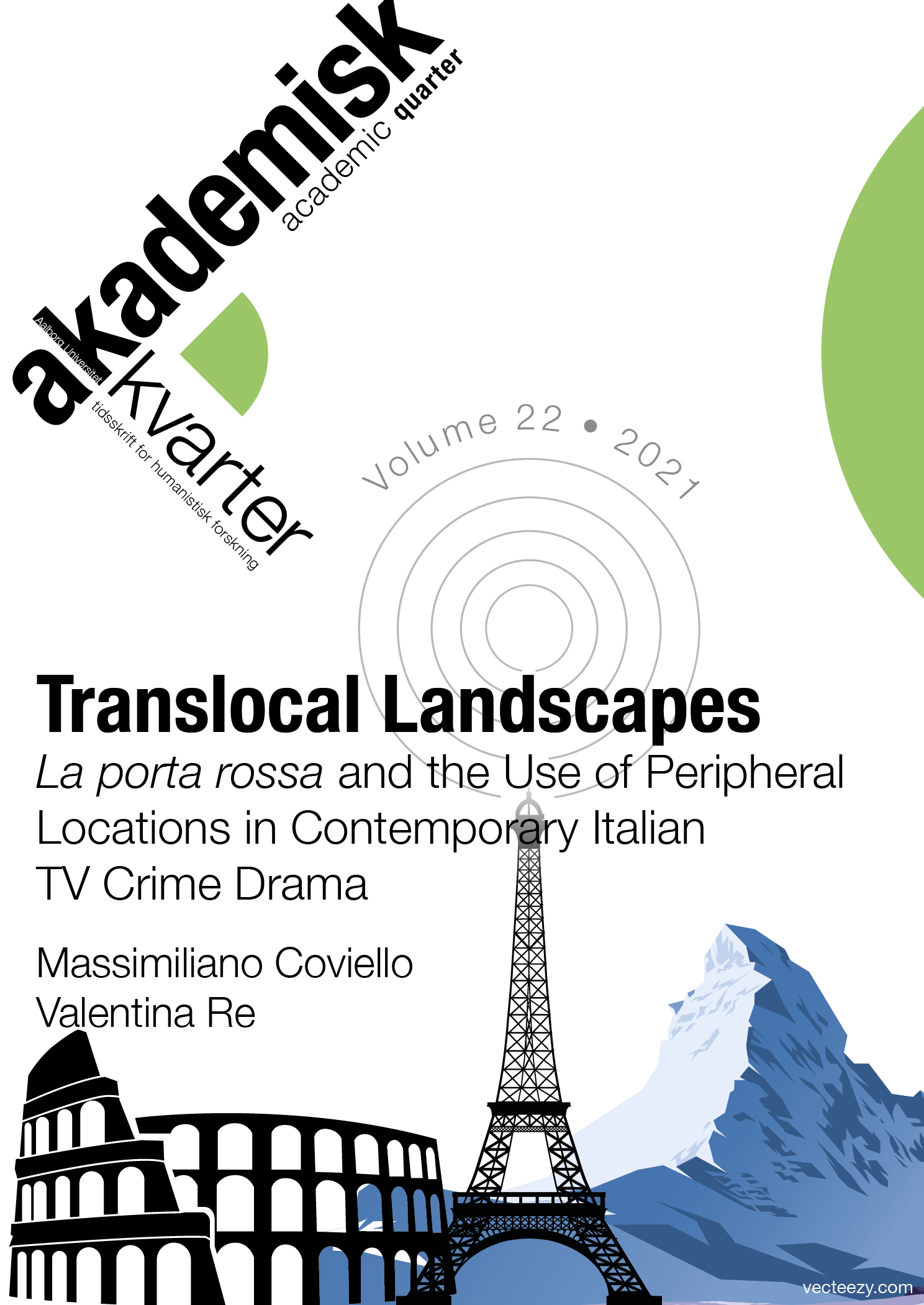 The article introduces and discusses the notion of ‘peripheral locations’ as a key concept for understanding the relation between, on the one hand, the production and distribution strategies of contemporary Italian television and, on the other, screen tourism initiatives. After defining the notion and stressing its relevance in the European circulation of national crime productions, the article focuses on the TV series La porta rossa (The Red Door) as a case study. The series is co-produced by Rai Fiction and Vela Film (Garbo Produzioni from the second season) and is internationally distributed by Studio Canal. Set in the city of Trieste, close to the border between Italy and Slovenia, the story plot intertwines crime and fantasy. The series’ production history demonstrates the complex role played by peripheral locations in both the writing process and the represented fictional world. The Virtual Reality walking tours organised by Esterno/Giorno – a tourism organisation related to the regional film commission of Friuli Venezia Giulia, which also contributed its own funding into the production – underline how peripheral locations can help create innovative and engaging forms of screen tourism.