Of Male Bondage: Violence and Constraint in Only God Forgives 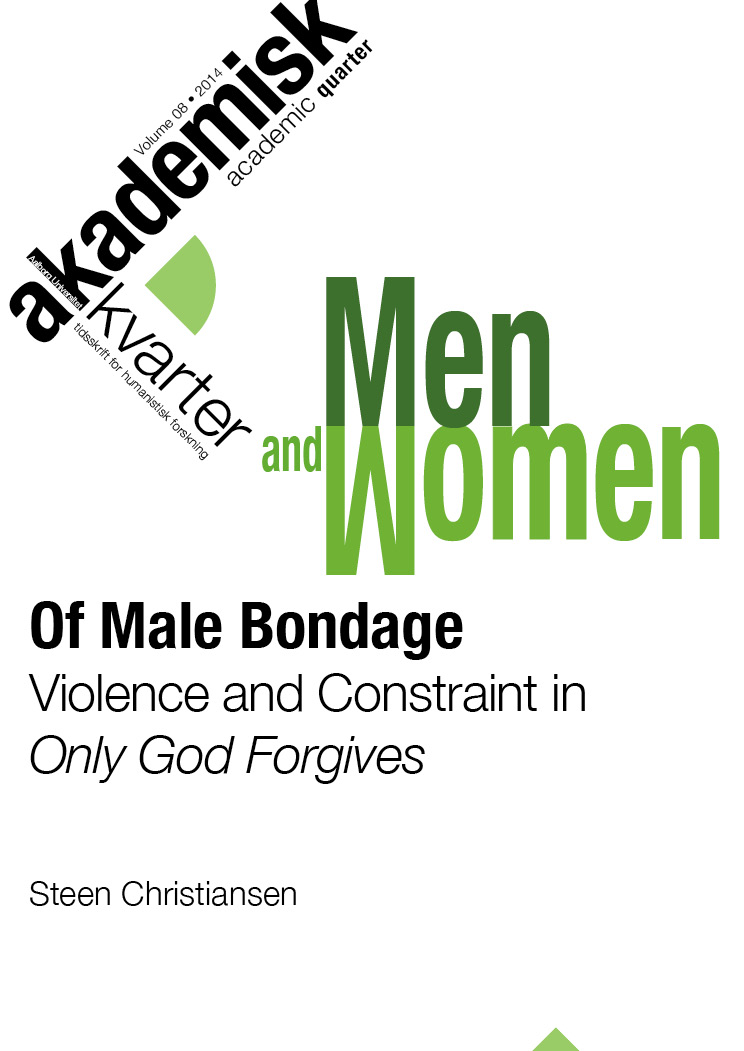 Classical Hollywood melodrama, often referred to as “women’s films,” are defined through their heightened emotional intensity and their confrontation of social issues. While usually regarded as finished by the late 1950s, in the past decade melodrama has returned in the different form of the male melodrama, articulating a concern with and anxiety of male frailty. In Nicolas Winding Refn’s delirious male melodrama Only God Forgives (2013), violence takes the place of crying as the expression of emotional intensity. The movie’s primary deviance from classical melodrama comes through in its emphasis on the body in pain as the locus for contemporary male gender trouble. This paper will investigate the gender negotiations of the movie through its reactualization of melodrama as a male gender form.

Steen Christiansen is an associate professor of literature, culture, and media who specializes in popular media culture, particularly post-cinema, with a theoretical inspiration primarily in affect, embodiment, and sensation. He has recently published on Christopher Nolan’s Batman trilogy and Darren Aronofsky’s Requiem for a Dream.