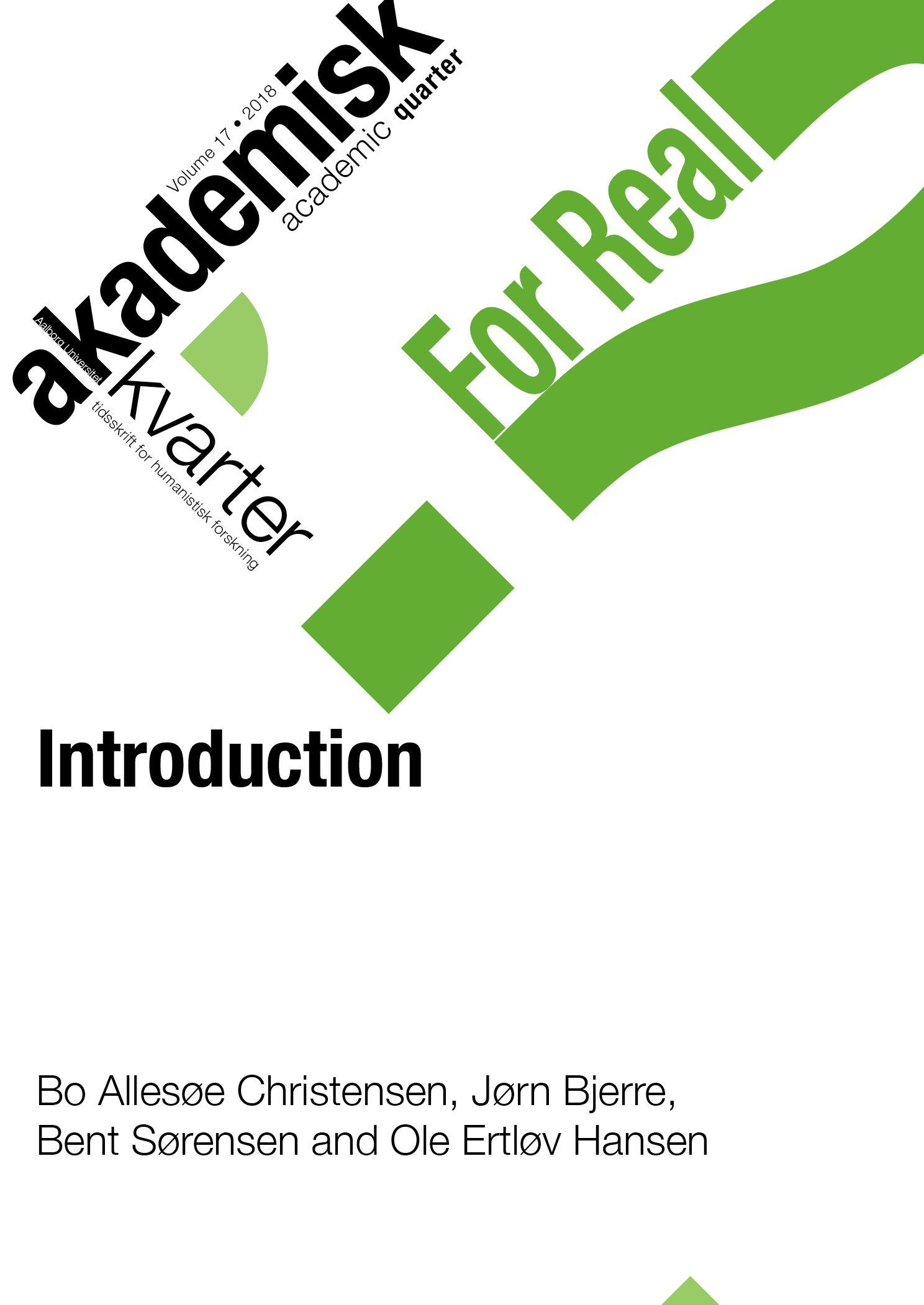 In recent years a skeptical consciousness has evolved, criticizing the monopoly of scientific and critical discourses’ truth-claims about reality. Newspapers have, for example, been accused of producing fake news, science has been accused of being politicized and expressing ideological rather than truth claims, and ethnic and minority discourses of identity have been contested. The criticism seems to be grounded in something like the following principle: whatever I or my fellows believe is right or true, must be right or true – if I don’t believe in climate change as man-made, it cannot be true, and if I lie about something, it doesn’t matter if people call it a lie, it is a belief which is true to me. No responsibility towards the justification and content of the beliefs is accepted as a significant, or worth addressing. In this issue of Academic Quarter, we have asked if this is For Real? Picking up this question and with it the question of realism today, this volume presents reflections based on such diverse subjects as territorial stigma in media, counter-historical narratives, strategic design, fake news and the public sphere, the notion of facts, fake art, and social realism within educational theory.

Bo Allesøe Christensen is assistant professor in experience economy, Department of Communication and Psychology, Aalborg University. Besides researching how aesthetics mediates relations between individuality and collectivity, he works on applying the social philosophical notion of recognition to social media.