The Travails of Sal Paradise: Jack Kerouac’s On the Road as Narrative Psycho-Geography 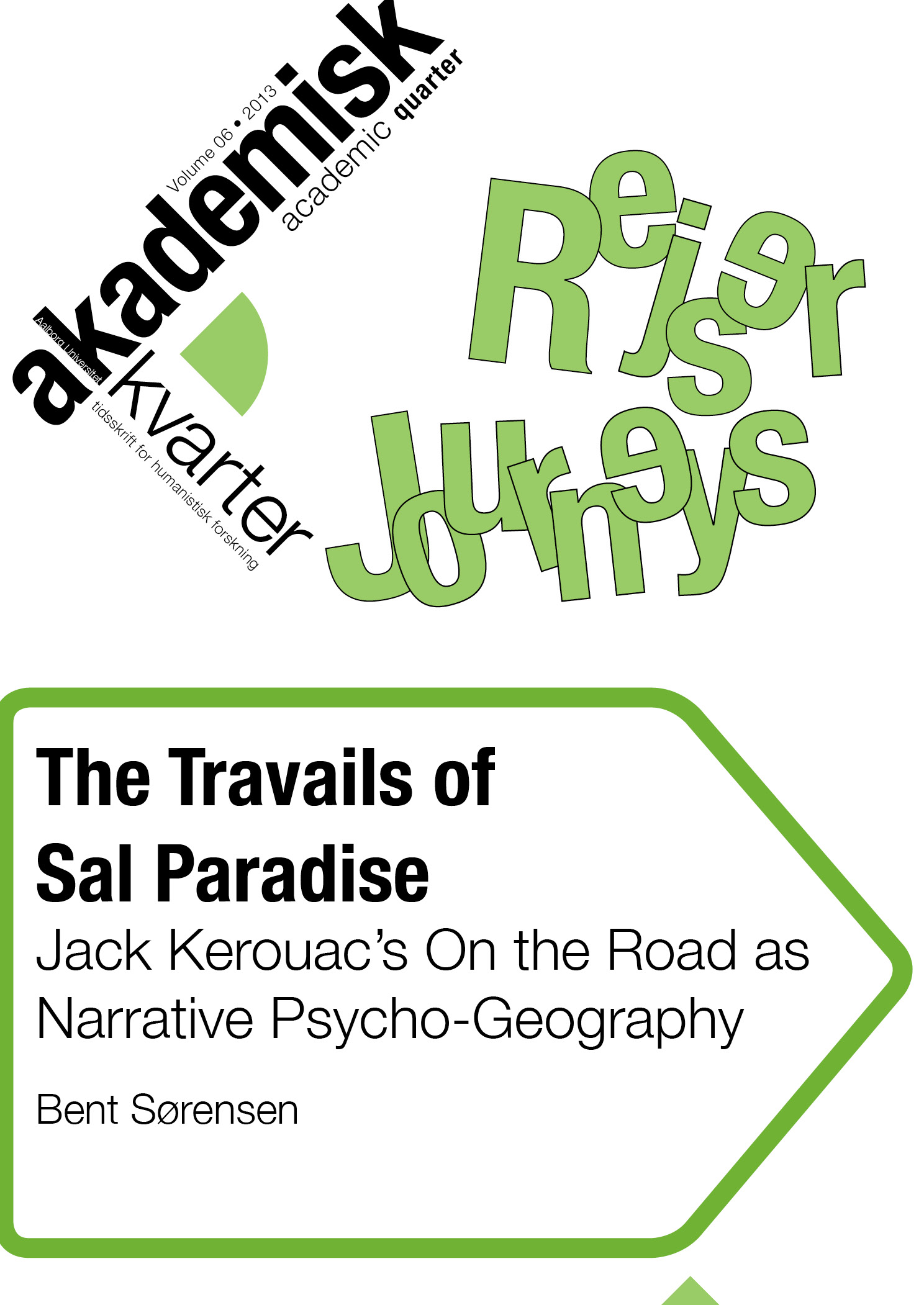 The article considers one of two unresolvable paradoxes in Kerouac’s life and writing, namely his desire for constant motion while simultaneously requiring order and stability, and his desire to valorize deviance and madness positively in others, while deeply fearing it within himself. The journeys in On the Road (1957) are thus a metaphor for socially triggered psychological travails. The central observing character, Sal Paradise, is caught in a double bind. He is explicitly searching for ‘kicks’ and an elusive essence of being by traveling incessantly across the American continent, discovering its foreignness from within through encounters with eccentric yet simultaneously Sal secretly pursues a more conventional project of self-realization, namely finding the right girl to settle down with. Paradise ultimately fails on both counts in the novel, and his psy¬cho-geography can be mapped very directly onto the movements of his physical journeys.

Bent Sørensen teaches American literature and culture in the De-partment of Culture and Global Studies, Aalborg University, Denmark. He has published extensively on American literature and culture, for instance Poe, Kerouac and the Beats, Raymond Federman, And Jonathan Lethem. Articles have appeared in The Explicator, Philament, Orbis Litterarum, Liter-ary Research and Contemporary Critical Studies..